All eyes are on ‘neutrals’ and Supreme Court: Imran 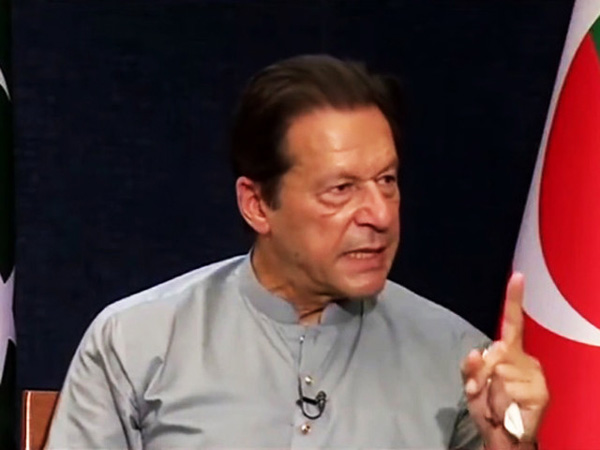 Former prime minister and PTI Chairman Imran Khan has said that the people are looking towards institutions of the country amid a ‘sea of inflation’ and ‘foreign conspiracy’, pledging that come what may he will not accept the coalition government led by the PML-N.

“Besides the apex court, the political and economic instability is also a huge challenge for ‘neutrals’,” he said in an interview with a local TV channel.

Imran Khan claimed that it was “impossible for the incumbent coalition government to win the next election”. He said that it would also be “very difficult for the current government to run an electioneering campaign”, adding that on the other hand, the PTI was “working in full swing for the polls”.

“We will hold the next power show with full planning and first we will seek permission from the Supreme Court that do we have right to peaceful protest,” he said while responding to a question related to his party’s second long march against the incumbent government.

Khan said that the government registered first information reports (FIRs) against members of the PTI following the party’s “Azadi March” to Islamabad last month so that it could “throw anyone it wanted behind bars”.

The former prime minister also criticised the Shahbaz Sharif-led government for passing the National Accountability (Amendment) Bill, 2022 on June 9, which had previously been returned by President Arif Alvi. Commenting on the development, Khan said that the PTI will “approach the Supreme Court soon”.

“The government of thieves is at the helm [which] is absolving its corruption cases… evidence of foreign conspiracy has been found and there is a sea of inflation..,” Imran said while explaining his decision to stage the protest against the government.

Speaking about the country’s economic crisis, he said the incumbent government had no plans to stabilise the economy with all indicators turning negative. “I fear they will leave Pakistan at a point where it will be difficult to fix the issues… I am worried that this could turn into a Sri Lanka or even national security issue….” Imran insisted that all sectors of the economy including exports, remittances and others were on an upward trajectory during his government. “I want to ask cherry blossom [Prime Minister Shehbaz Sharif] as to why did he topple my government through conspiracy when he was not ready to deal with the crises,” he asked.

Earlier, former prime minister and PTI Chairman Imran Khan Sunday lashed out at the federal government for slashing funds of the tribal districts in the proposed Federal Budget 2022-23 and said the move showed ‘incompetence and ill-intent of government of crooks’. Imran said his government had allocated Rs131 billion for the ex-Fata region whereas the incumbent coalition government led by PML-N budgeted only Rs110 billion and reduced development funding.

“Given the special needs of tribal districts, my govt had increased their funding by 3x to Rs131bn. Imported govt has budgeted only Rs110bn, reduced development funding, 0 allocation for displaced persons & 0 increase in current budget,” he wrote on his official Twitter handle. Last year, then federal government issued the entire amount of over Rs121 billion allocated for the tribal districts of K-P in the fiscal year 2020-21 under the 10th National Finance Commission (NFC) award. The Finance Division had said 3% of the award was allocated to the KP’s tribal districts which were collectively called the Federally Administered Tribal Areas (Fata) till May 2018. It clarified that it has no role in the NFC related decisions. According to documents, Rs145.6 billion was allocated for the tribal districts in 2019-20 and the Finance Division issued Rs97.60 billion.