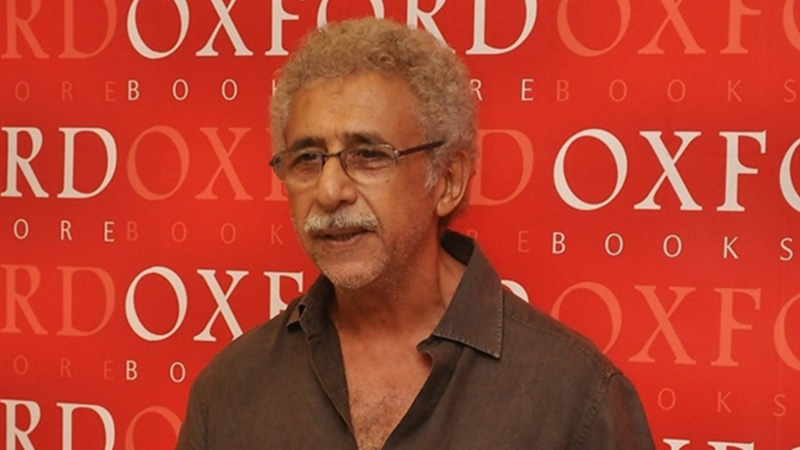 Naseeruddin Shah called out Shah Rukh Khan, Salman Khan and Aamir Khan for their silence on the recent blasphemous remarks of Bharatiya Janta Party (BJP) spokespersons Nupur Sharma and Naveen Kumar Jindal regarding the Holy Prophet (Peace Be Upon Him).

The Gehraiyaan actors said in an interview with NDTV that the Khans “would be risking too much” if they spoke on the matter.

He told the outlet, “I cannot speak for them. I am not in the position they are in. I feel they think they would be risking too much. But then, I don’t know how they explain to their own conscience about it.”

“But I think they are in a position where they have too much to lose,” the veteran star added.

Shah further said pointing to SRK’s son Aryan Khan’s drugs-on-cruise case, “What happened to Shah Rukh Khan and the dignity with which he faced it was admirable.”

“It was nothing but a witch-hunt. He has kept his mouth shut. All he did was support Trinamool and applaud Mamata Banerjee,” the 71-year-old said.

He continued: “Sonu Sood gets raided. Anyone who makes any statement gets a response. Maybe I am next. I don’t know. Though they won’t find anything.”