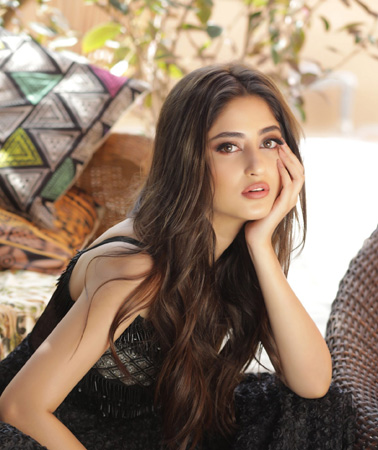 Pakistan’s A-list actor Sajal Aly has been a true fan of Muhammad Faiz, a contestant in the Indian reality show, ‘Superstar Singer 2’.

Sajal Aly – who seems to be closely following the music-based reality TV competition, ‘Superstar Singer 2’ – has yet again praised her favourite performer from the show, 14-year-old, Muhammad Faiz.

This is the third time, Aly has been left impressed by the performer, as she took to her Instagram stories earlier this week to share a clip from one of his soulful performances. “Uff, just beautiful,” the actor wrote on the shared video along with fire and red heart stickers.

After Sajal shared her support for the performer, several social media users also sung praises for Faiz’s talent. “His voice is on next level,,, stealing hearts!” noted one of the fans.

“Such a beautiful song , beautiful voice,” read a comment on social media application.

It is pertinent to mention that Muhammad Faiz is contesting from the team ‘Arunita ke Ajoobe’ in the second season of ‘Superstar Singer’. The show is being judged by Indian singers Himesh Reshammiya, Alka Yagnik and Javed Ali.