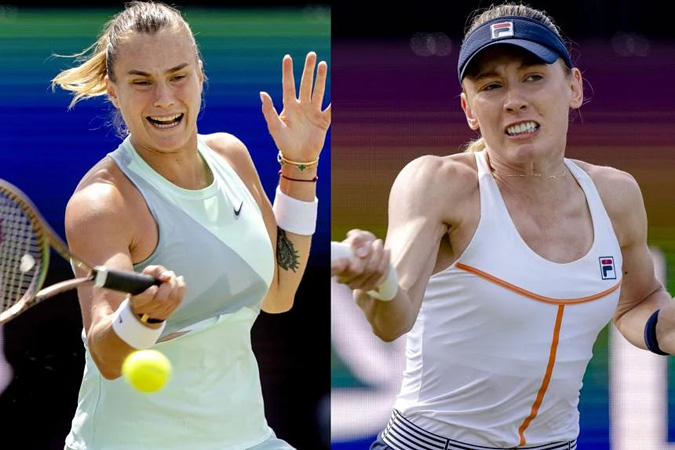 ‘S-HERTOGENBOSCH: Belarusian Aryna Sabalenka and Russian Ekaterina Alexandrova will meet in this weekend’s ‘s-Hertogenbosch WTA final after winning their semi-finals on Saturday despite being blocked from Wimbledon this year. World number six Sabalenka beat compatriot Veronika Kudermetova 6-3, 6-1 as Alexandrova made it past the USA’s Shelby Rogers 7-6 (8/6), 6-0. On Sunday the banned pair will face each other for a fifth time. Last year’s Wimbledon runner-up Sabalenka, 24, and 27-year-old Alexandrova are banned from the Grand Slam event after Russia’s invasion of Ukraine. In May, both the men’s tour ATP and the women’s WTA announced no points would be awarded after the All England Club’s decision. The first round of Wimbledon starts on June 27.