Inside Kangana’s authentic and traditional mountain style home in Manali 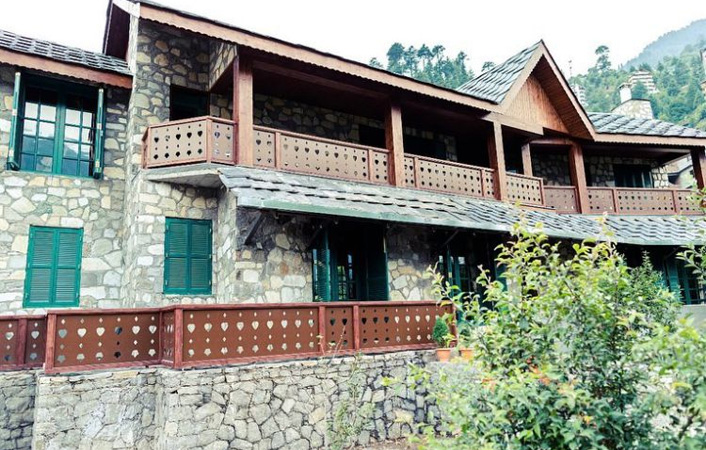 Your home is an extension of your personality, cultural roots and interests. The same holds true for Kangana Ranaut who recently shared a series of pictures from her new home in Manali which is built and decorated in ‘mountain style’ – an ode to the actor’s Himachali roots. “Here is something for all design enthusiasts, who love décor and are curious about mountains architecture which is local but ancient and deeply traditional,” she wrote. Describing her new abode, which is made of river stone, local slates and wood, Kangana added, “I built a new home; it’s an extension of my existing house in Manali but this time kept it authentic, typically mountain style.” In keeping with the ethnic appeal of the home, she also incorporated Himachali paintings, weaves, rugs, embroideries and wooden karigiri, as visible in the cosy and eye-catching pictures shared by her. Looking nothing less than regal, the pictures display an expansive living room featuring a printed rug, a brown sofa set with printed cushions, a centre table with various showpieces mounted on top, a large colourful traditional painting on the wall and a huge chandelier with French windows and colourful curtains.