Budget for persons with disabilities in Sindh enhanced to Rs1.7bn

Sindh Chief Minister Syed Murad Ali Shah while inaugurating the Center for Autism Rehabilitation and Training (C-ART) and Attention Deficit Hyperactivity Disorder (ADHD) in Korangi announced to increase the budget of Department of Empowerment of Persons with Disabilities (DEPD) from Rs800 million to Rs1.7 billion in the next budget so that more facilities for special education and rehabilitation could be established.

CM Murad Ali Shah appreciated C-ARTS on growing from strength to strength. “I had inaugurated the first C-ARTS facility in Gulistan-e-Jauhar and now here at Korangi I am with a third set up under its umbrella,” he said and added that the C-ARTS now was providing services to over 300 individuals with Autism free of cost.

The CM said that the trait that made C-ARTS unique was that they provide all the services required by children with Autism under one roof. “While children are the main focus of C-ARTS, they do provide training to the parents also, as Autism ultimately doesn’t happen to an individual, it happens to a family and requires the full support of all the child caregivers,” he said.

“The distinct feature of this center is that it is a collaboration between the rehabilitation and skill experts with the corporate sector,” he said, and added this model would go a long way to create sustainable employment for this population and they would be a role model for others.

Murad Ali Shah deplored that in Pakistan there was a dearth of professionals who were appropriately qualified to work with Autism individuals. “Thus C-ARTS also acts as a training facility for these professionals to receive the experience and training required to execute their duties to the best of their abilities,” he said.

CM Shah said that the C-ARTS’ first satellite facility in Hyderabad had also started providing state of the art services to individuals with Autism. He added that to that end, he was allocating a bigger facility and budget so that the satellite facility could be expanded into a full-fledged center of excellence such as the one in Karachi.

The CM said that besides C-ARTS facilities, the DEPD in collaboration with the partners was evolving to cope with the needs of rehabilitation, education, and employment of differently abled persons of all categories.

Sindh Empowerment of Persons with Disabilities Act, 2018 was a major step towards achieving rights for differently abled persons as per UN Conventions on Rights of Persons with Disabilities, Murad Ali Shah said and added through the Act, all major disabilities have been defined in detail which is a major departure from earlier federal and provincial laws that recognized only four categories of physically impaired, visually impaired, hearing impaired and mental retardation. The CM said that the Act was a major improvement upon these as it specified autism, attention deficit hyperactivity disorders, dyslexia, dyspraxia, tourette, down, rett, and other syndrome and neurological disorders. The CM said that his government has provided relaxation in age limit and qualifications for employment for differently abled persons. He added that the categories of jobs suitable for differently abled persons have also been provided. 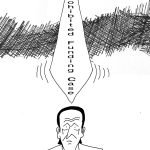