Azad Jammu and Kashmir President Barrister Sultan Mehmood Chaudhry has set up a defense committee that will take legal action to secure the release of Hurriyat leader Muhammad Yasin Malik who was convicted and sentenced by an Indian court in a manifestly dubious and politically motivated case last month.

The committee comprising of a team of barristers including Barrister Tariq Mehmood, Barrister Karamat, Barrister Hasnat, Barrister Hafeez, Barrister Asad and Barrister Imran Khurshid from Ireland will also approach legal experts in the UK and India to seek further advice on the matter.

elaborated his idea of establishing a committee of legal experts, “In 1960’s when Sheikh Muhammad Abdullah (SMA) was in jail, at that time my father Chaudhry Noor Hussain sought services of Dingle Foot the brother of prominent Labour leader Michal Foot for the SMA’s release from Indian jail”.

Dingle Foot, he recalled, had played an important role in the release of Sheikh Abdullah.

“I am confident that this committee will also play a similar role to secure early release of the JKLF chairman Muhammad Yasin Malik”, he said adding that besides seeking legal advice from other world bodies, including the Human Rights Commission, the committee would also approach the Indian government for grant of access to Yasin Malik so that legal action could be taken to secure his release.

It is important to mention here that on June 11, 1991, Indian paramilitary troops of CRPF (Central Reserve Police Force) slaughtered 32 civilians sitting inside the shops and standing on the streets in the locality of Chotta Bazaar, Srinagar in the bloodiest massacres.

Around 22 persons were also critically injured in the incident. The bullets hit shopkeepers and witnesses, including a passerby of 75-year old woman and a child of ten years age.

In a statement, issued on Saturday, the Chair of KC-EU said, unfortunately, it is above 30 years now but memories of Chotta Bazaar massacre are still fresh in the Kashmiris’ minds and the victims are still waiting for justice.

He said, Chotta Bazaar is not only incident in the occupied Kashmir but there are many incidents like Chotta Bazar’s killings committed by the Indian troops in the disputed territory since 1990.

The Indian aim of such carnages is to instill fear among the oppressed people of Kashmir.

Many of the Kashmiri political leaders and human rights activists are in Indian jail.

Most of them such as Yasin Malik, the political leader and Khurram Parvez, the famous Kashmiri human rights activist are detained on fake charges. Ali Raza Syed maintained that unparalleled sacrifices of the Kashmiri people will never go waste as they are determined to continue their struggle for freedom of their homeland.

Ali Raza Syed pointed out that Modi government in India adopted the wrong and controversial policies which are not only creating hatred among the different segments of the Indian society but it is also threatening to the peace in the region.

Minorities in India are afraid of the Modi regime fascistic policies.

Chair of KC-EU said, specially constant massacres in IIOJK are ugly hit on the face of so-called Indian democracy.

He said, the international community must take notice of Modi’s wrong policies especially continued genocide of Kashmiris by the Indian regime. International Community specially UN and EU should take serious notice of the situation in the occupied Kashmir and help the people of Kashmir in their struggle for right to self-determination. 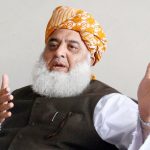