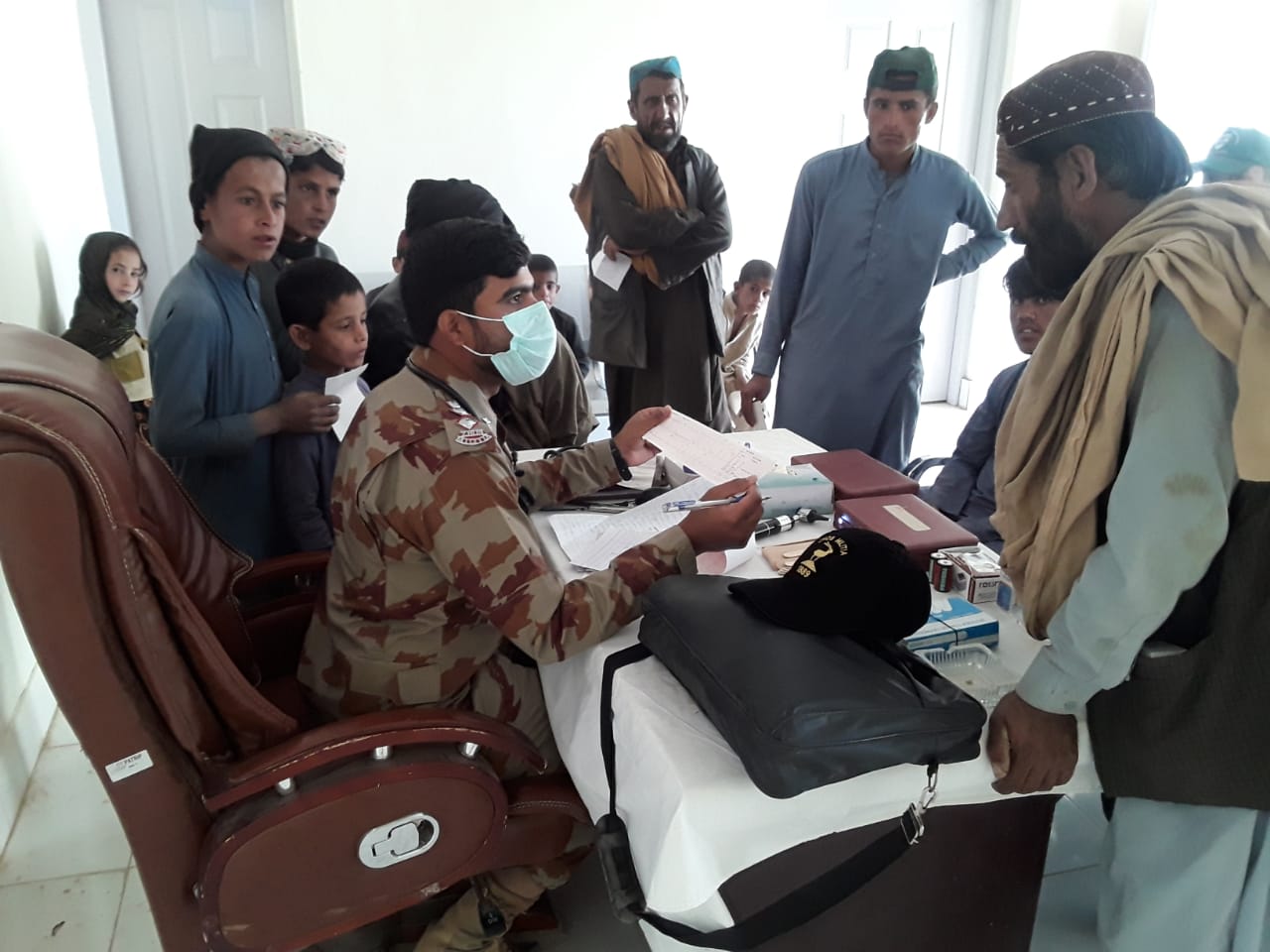 QUETTA: Frontier Corps (North) organised a free medical camp in the Killi Saleh area of the Zhob district on Saturday.

According to the FC spokesman, on the special directive of IGFC Balochistan (North), the FC Zhob militia set up the free medical camp where 387 patients including 131 women, 161 children along with men were examined.

The FC specialist doctors also provided free-of-cost medicines to the patients during treatment in the camp.

Lab tests, X-ray, and other facilities were provided to the patients in the camp.

The people of the area appreciated the efforts of FC for organising the free medical camp saying that such important measures would be continued for the treatment of needy patients.