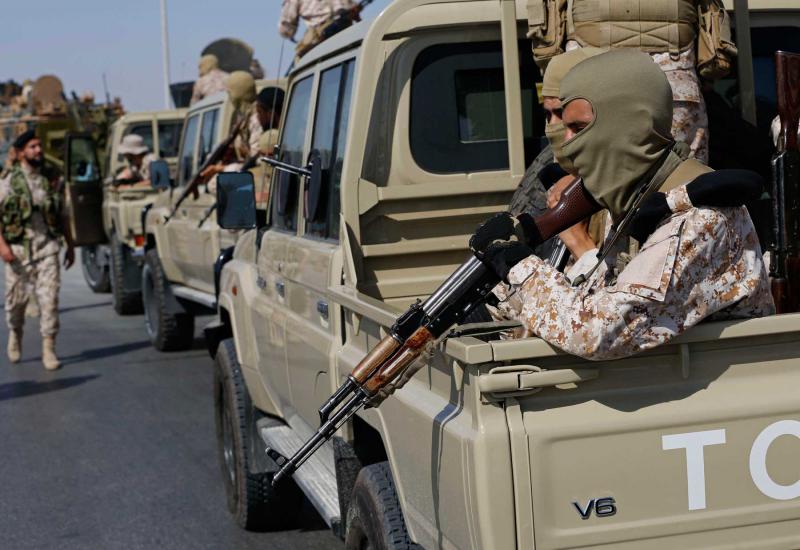 TRIPOLI: A night of clashes between militias in the heart of a residential district of the Libyan capital Tripoli raised fears on Saturday of escalating violence in the conflict-riven country.

The intense fighting that erupted late Friday between two influential militias left at least one person dead and caused significant material damage, a security source told. Gunfire and explosions rang out across Tripoli during the fighting, described by one resident as possibly the “heaviest” seen in the city for more than a decade.

It was the latest violence to rock the country as two rival prime ministers vie for power — the most recent episode of political infighting to fill the power vacuum left after the toppling of longtime dictator Moamer Kadhafi in 2011.

Footage aired by Libyan media showed civilians, including women pushing children in prams, fleeing on busy streets in a built-up area after being caught in the crossfire.