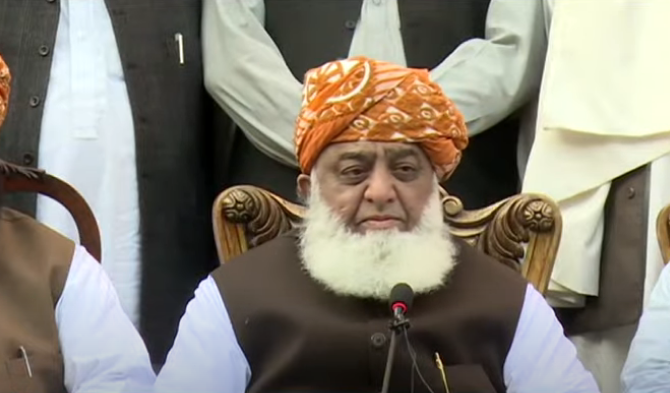 On Saturday, Maulana Fazlur Rehman, the head of the Jamiat Ulema-e-Islam-Fazl (JUI-F), met with veteran politicians and Pakistan Muslim League-Quaid (PML-Q) President Chaudhry Shujaat Hussain at his residence in Islamabad.

Both leaders discussed the country’s overall political situation and agreed to continue working together “for the country’s progress and prosperity.”

They also agreed to continue meeting with each other in the future.

At the meeting, topics such as the federal budget were also discussed.

Fazl and Shujaat expressed hope that the coalition government would be able to resolve the issues that the people were facing.