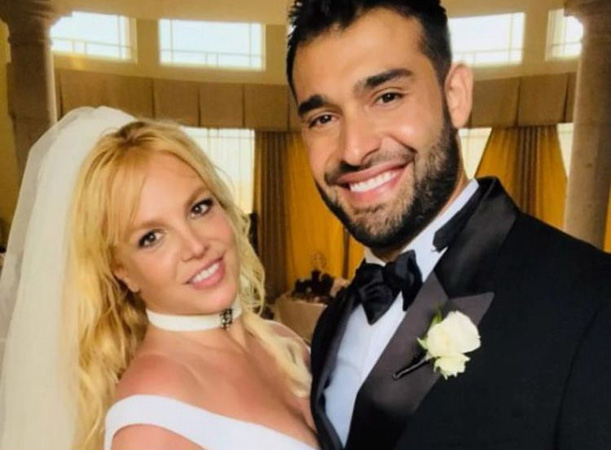 Britney Spears tied the knot with her fiancé Sam Asghari in a lavish wedding ceremony on Thursday.

The event was a star studded affair attended by Madonna, Selena Gomez, Drew Barrymore and Paris Hilton, who showered support on the Toxic singer as she walked down the aisle for the third time.

The Princess of Pop turned heads in a gorgeous white gown which was custom made by Donatella Versace whereas her hubby looked dapper in a Versace suit.

Britney’s parents, Jamie and Lynne Spears, and her sister Jamie Lynn Spears were not in attendance, however, it was reported by TMZ that her brother will attend the nuptials.

The singer’s sons, Sean and Jayden, also did not make it to the event but a statement from her ex-husband Kevin Federline’s attorney revealed that they were happy for their mother.

“Kevin and the boys are happy for Britney and wish her and Sam all the best going forward,” the statement reported by the news outlet read.