Aima trolled for her Sia attempt 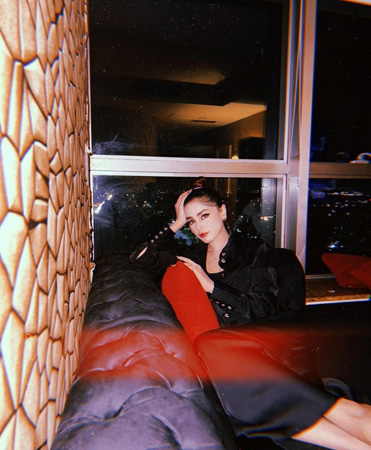 Singer Aima Baig is the latest target of trolls after she performed Sia’s chartbuster ‘Cheap Thrills’ at her London Concert.

Aima Baig had her debut concert in London earlier this week, where she rocked the stage with a number of her own tracks, while also picked a few chart-toppers by international artists to include in the show’s lineup.

Several videos circulating over the internet see the ‘Do Bol’ singer performing a version of Sia’s record-breaking number, ‘Cheap Thrills’ on the England stage, however, failed to wow the audience.

The rendition which itself was quite awkward and embarrassing, was worsened with the failed attempt at the British accent, Baig’s incapability to remember the iconic lyrics, all topped with her weirdly confusing moves.

Not only the unentertained live audience, but Baig also failed to impress the enthusiasts back in the home country. Netizens are definitely not cool with the singer ruining the iconic party anthem of millennials and are brutally trolling her for the attempt. “The way she said “dallar bill” is the reason dollar ain’t coming down anytime soon,” read one of the comment on social media site, while another noted, “She literally loves cheap thrills. I mean the song.”

“Eng songs r really not yur type bibi,” commented another user. Someone also wished “RIP” for Sia, the original singer of the track.