Budget to steer nation out of ‘difficult times’ 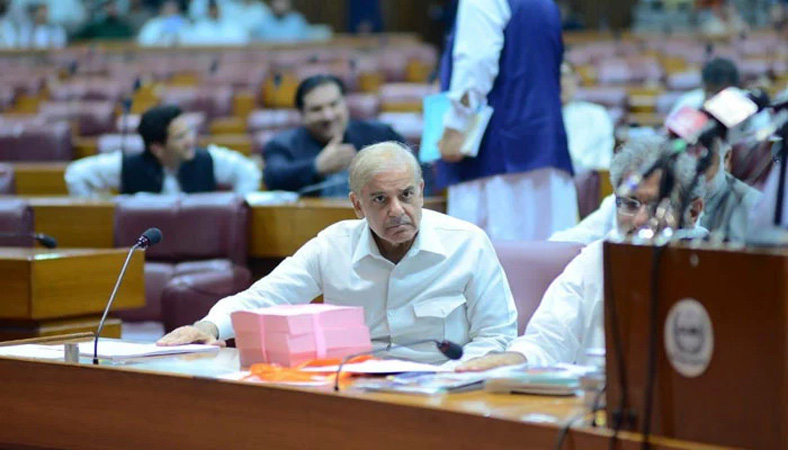 Defending the federal budget, Prime Minister Shehbaz Sharif Friday assured the nation that the finance bill will steer the country out of the ongoing difficult times brought about by the “recent years of economic mismanagement”.

“These are difficult times brought upon us by the recent years of economic mismanagement. Through this budget, my government will steer our way out of these challenges by taking tough decisions while minimizing the impact on vulnerable segments of the population,” said the premier. In a Twitter thread, Shehbaz shared his thoughts on how the government was hoping to “shield financially weaker citizens from economic hardships” by taxing the “financially stronger people”. “We have allocated billions of rupees for targeted subsidies. This amount is in addition to Rs344 billion allocated for Benazir Income Support Programme. Only deserving people to get the subsidy,” said PM Shehbaz. He said the government had increased its employees’ salaries by providing a raise of 15% and merging the “ad hoc allowance in their basic pay”. “The tax slabs have been revised. Those earning up to Rs1.2 million annually have been exempted from taxes. The government has decided to tax non-productive assets of the rich including 5% tax on purchase of second property and increase in tax on luxury cars,” said the PM.

The premier also highlighted that his government had reduced tax on the import and distribution of solar panels to zero, adding that a “zero tax has been announced for import of agricultural machinery and implants”.

Shehbaz believed the zero tax policy for the agricultural sector in some areas would be a “major step” to enable farmers and the sector to progress.

“The government has increased funding for Benazir Income Support Programme. Benazir scholarship program has been extended to 10 million students,” said the PM.