* Elahi says Imran Khan has delayed plans to march to Islamabad till after July 20
* Denies rifts among PML-Q, says party will remain together 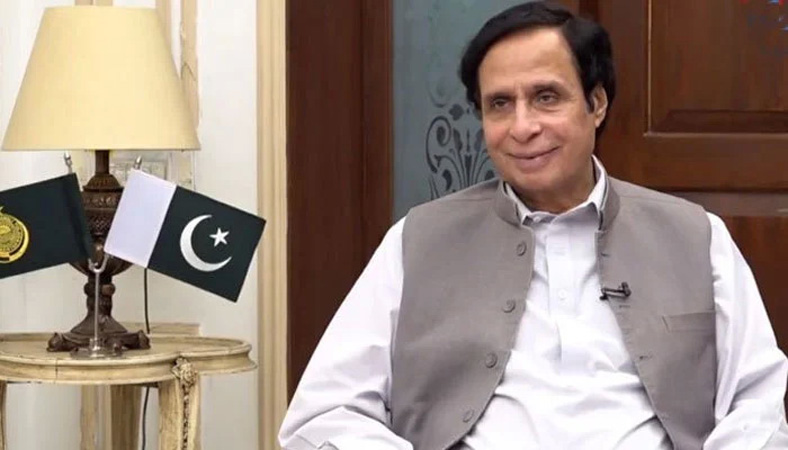 Former prime minister Imran Khan has delayed his plans to march to Islamabad till after July 20, said a key ally of Khan.

Talking to BBC Urdu, Pervez Elahi, a senior leader of the Pakistan Muslim League-Q (PML-Q), who has sided with Khan’s Pakistan Tehreek-e-Insaf (PTI), said that the former prime minister will be going on an election stump in Punjab next month and will not be marching to the federal capital to protest against the government anytime soon. “Imran [Khan] will do the politics of dharna (sit-ins) after the elections,” Elahi told BBC Urdu.

Last month, the Election Commission of Pakistan de-seated 25 PTI lawmakers in the Punjab Assembly for voting against party lines in the election for the CM of the province. By-polls will now be held on 20 out of 25 seats in July, for which a tough contest is expected between the PTI and the ruling Pakistan Muslim League-N (PML-N). When asked about rifts within his own party, the PML-Q, Elahi denied the rumours and insisted that his party will remain together. However, he was quick to criticise Salik Hussain, the son of PML-Q’s chief, as being an inexperienced newcomer in politics.

“Salik has come into politics for the first time,” said Elahi. “He won a seat in Chakwal that my son and I prepared for him. His [voters] are now looking for him to ask what are you doing?” Despite Elahi rubbishing a split in PML-Q between him and his cousin, Chaudhry Shujaat Hussain, recent tweets by other members of his party suggest otherwise.

On June 8, Hussain Ellahi, a PML-Q member of the national assembly, announced ending his political journey with the PML-Q, adding that he could not be in a party “that supports [Prime Minister] Shehbaz Sharif led imported government.”

On the same day, Pervez Elahi’s son, Moonis Elahi also tweeted a video clip from a local news channel that stated the PML-Q had split up with Moonis Elahi, Hussain Ellahi and Pervez Elahi on one side and Tahiq Bashir Cheema, Salik Hussain and Chaudhry Shujaat Hussain on the other. When asked why Imran Khan was insisting that the establishment play a role in politics, Elahi said that in Pakistan politicians cannot plan anything without the establishment.

“You will have to appoint a new Election Commission chief and chairman NAB, for example. They [establishment] will bring all the other parties together,” he told BBC Urdu. On the vote of no confidence he was facing in the Punjab assembly, Elahi said that the vote of no trust was now with the speaker, therefore with him. “Is it necessary that I put it on the agenda? Why should I?”