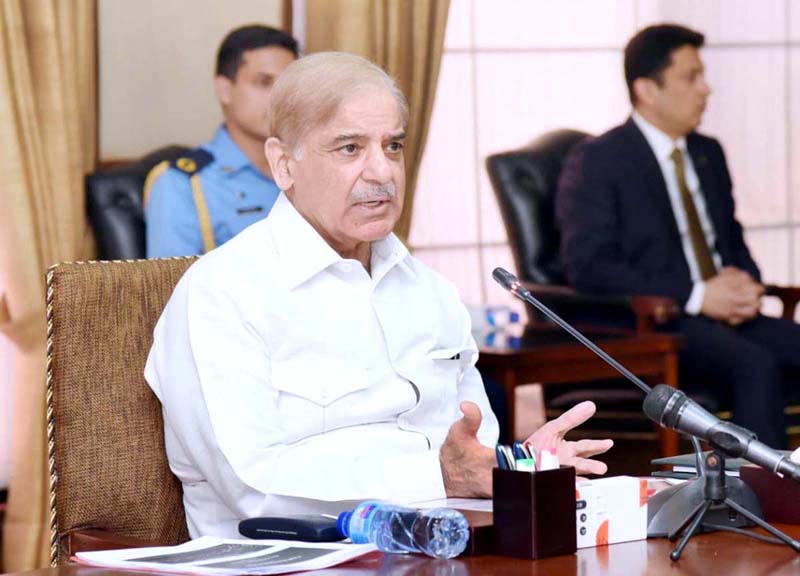 ISLAMABAD: Prime Minister Shehbaz Sharif Friday congratulated Federal Minister for Finance Miftah Ismail and his entire team on the presentation of a balanced, progressive and pro-people budget. The prime minister, in a series of tweets, said, “Making a budget in financially challenging times with so many constraints is no less than a herculean task.”

“Government has increased funding for Benazir Income Support Programme. Benazir scholarship programme has been extended to ten million students. Zero tax has been announced for import of agricultural machinery and implants. This major step will enable our farmers & agriculture to progress.”

He said the government had reduced tax on import and distribution of solar panels to zero.

The government had also decided to tax non-productive assets of the rich including 5% tax on purchase of second property and increase in tax on luxury cars, he added. “The tax slabs have been revised. Those earning up to Rs. 1.2 million (12 lakh rupay) annually have been exempted from taxes. Mindful of the financial difficulties of the employees in public sector, the government has given a raise of 15% & merger of ad hoc allowance in their basic pay.”

The prime minister said, “We have allocated billions of rupees for targeted subsidies. This amount is in addition to Rs. 344 billion allocated for BISP. Only deserving people to get the subsidy.”

“I am sharing my thoughts on how we aim to shield financially weaker citizens from economic hardships. Financially stronger people contribute more to national treasure through taxes,” he added.

He said these were difficult times brought upon by people by recent years of economic mismanagement.

“Through this budget, my government will steer our way out of these challenges by taking tough decisions while minimising impact on vulnerable segments of population,” the prime minister added.

In a statement, Shehbaz further said in difficult economic circumstances, the allied government presented the best possible budget which showed its sincerity and capability.

He thanked the government allies, members of the cabinet and the business community for giving their precious suggestions, opinions and guidance. He said in the budget, the rich were asked to give sacrifice while weaker sections of the society were given financial assistance.

“The well do to people have to act like a big brother to share difficulties of the poor.”

Focus was given on measures for improvement in every sector including industry, trade, information technology, film and culture, he added. He said the historic steps of the government would increase production of crops and commodities. The PM said the budget was reflective of fiscal discipline, tax reform, bold targets and relief for the salaried class. The scheme of cheap petrol and diesel would continue for the whole year, he said, adding attention would be on initiatives in the energy, education, health, employment and business sectors. Incentives were given to students, youth and women, he said.

The government was taking special steps for the youth and students of Balochistan, he added. He said work on the China Pakistan Economic Corridor (CPEC) would be sped up. The Special Economic Zones under the CPEC project would increase employment, expand business and end poverty, he added.

He said it would be miracle to steer the country out of immense challenges of the last four years. The government did not thought of its political interest but secured the interest of 220 million people, he concluded.