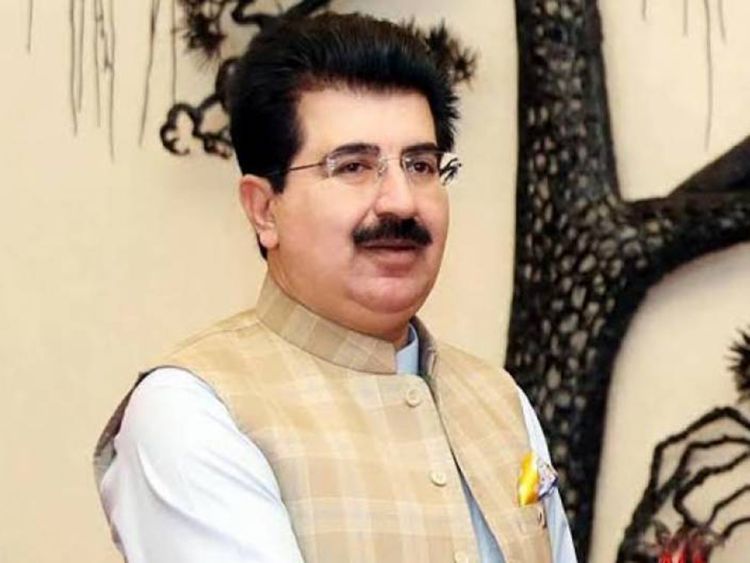 ISLAMABAD: Chairman Senate Muhammad Sadiq Sanjrani along with members of the Senate from all political parties staged a protest demonstration on Friday in front of the Indian High Commission in Islamabad against blasphemous statement of BJP spokesperson Nupur Sharma.

Addressing the participants, Senate Chairman Muhammad Sadiq Sanjrani said that Muslims across the globe are ready to sacrifice everything for the protection of “Namoos-e-Risalat” .

Such sacrilegious remarks are not acceptable and should be condemned in strongest possible terms, said Chairman Senate adding Nupur Sharma’s statement has not only hurt the Muslim Ummah but has also exposed the ugly face of Indian government to the world.

The blasphemous statement of the spokesperson has been strongly condemned by both the houses and the people of Pakistan expressing their deep grief and anger.

He said that millions of Muslims in the Islamic world are ready to sacrifice their lives and property for the sake of the Holy Prophet (PBUH). Leader of the Opposition in the Senate, Dr. Shahzad Waseem and other senators in their speeches strongly condemned the blasphemous statement.

Senator Keshoo Bai and Danesh Kumar said that no religion allows such disrespect of any other religion. Minorities in Pakistan enjoy complete religious freedom and have never been subjected to religious harassment by Muslims. Senator Atta ur Rehman said that he was thankful to the Senate Chairman for endorsing his suggestion of holding a protest rally. He said that this was our demand that action should be taken against Indian officials for hurting sentiments of Muslims.

The protesters also carried placards inscribed with condemnation slogans and demand for punishment of the desecrators of the holy Prophet (PBUH).