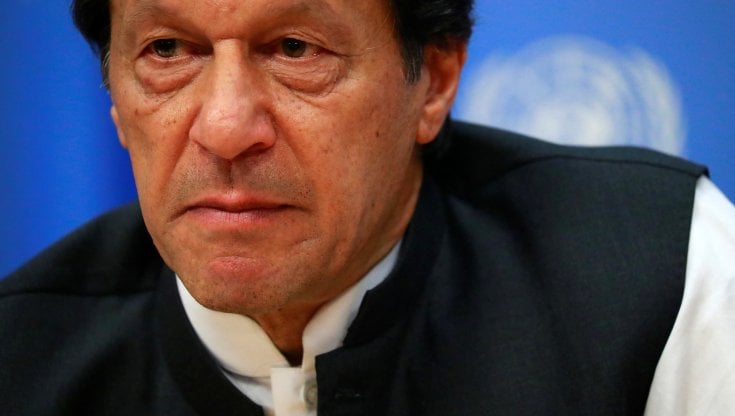 In reports on the PTI’s long march submitted to the Supreme Court (SC) on Friday, the inspector general of police (IGP), Islamabad, chief commissioner, Islamabad, and the interior secretary held former prime minister and party Chairman Imran Khan responsible for causing ‘chaos’ inside the federal capital’s D-Chowk on May 25, 2022.

According to the report, PTI workers entered the Red Zone on Imran’s orders.

Moreover, seven to eight hundred protestors demolished containers and other impediments on their way to the most sensitive sector of the capital city as party leaders Fawad Chaudhry, Zartaj Gull, Saifullah Niazi, and Imran Ismael continued to incite them to violence, the report maintained.

This occurred despite the fact that law enforcement officers continued to halt them. It was further reported that at 6:50 p.m. on the evening of May 25, following the apex court judgement, the PTI chairman, in a live video message, urged party workers to the D-Chowk.

According to the report, the former prime minister gave the marchers the same instructions when he arrived at Attock Bridge on his way into Punjab from Khyber Pakhtunkhwa (KP).

Furthermore, the SC was informed that the PTI employees arrived at the Express Chowk from the China Chowk in the form of a caravan after overcoming all barriers.

PTI workers had embarked on a long march to Islamabad on the orders of their party Chairman Imran Khan, not only to protest the installation of an ‘imported’ coalition government but also to press it to dissolve assemblies and hold early elections so that a truly representative government could take over charge at the Center.