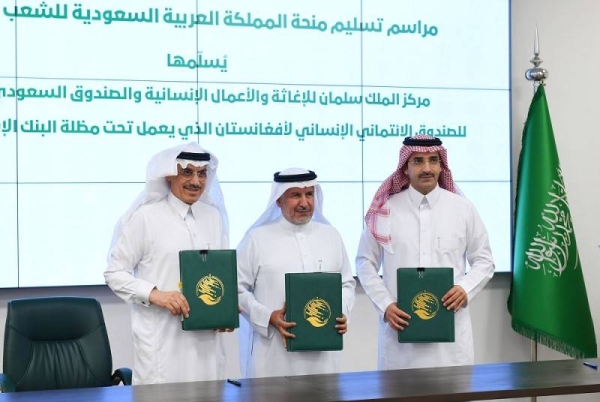 Saudi Arabia has contributed $30 million to the Afghanistan Humanitarian Trust Fund (AHTF), which operates under the auspices of the Islamic Development Bank (IsDB) and in collaboration with the Organization of Islamic Cooperation (OIC).

The grant from the Kingdom is expected to help the Afghan people, according to the Saudi Gazette on Friday.

Furthermore, it aims to reduce the risks that could lead to a worsening of the critical humanitarian situation, as well as a possible economic collapse in Afghanistan, the consequences of which could affect regional and international peace and stability.

The Saudi initiative is a continuation of the Kingdom’s humanitarian and relief efforts, as well as its active role in providing all forms of assistance to countries through the King Salman Humanitarian Aid and Relief Center (KSrelief) and the Saudi Fund for Development (SFD).

This grant is also a continuation of what Saudi Arabia has recently provided to the Afghan people, which includes relief bridges via air and land routes.

Over the last several decades, the Kingdom has provided humanitarian, health, educational, water, and food security assistance to Afghanistan at a cost of more than SR1 billion.

Saudi Arabia’s support for Afghanistan stems from its awareness of, and responsibility for, achieving security and prosperity for the brotherly country and its people.

In the presence of Advisor at the Royal Court and Supervisor General of KSrelief Dr. Abdullah Bin Abdulaziz Al-Rabeeah and IsDB President Dr. Mohammad Al Jasser, an agreement approving the grant was signed at the King Salman Humanitarian Aid and Relief Center (KSrelief) headquarters in Riyadh.