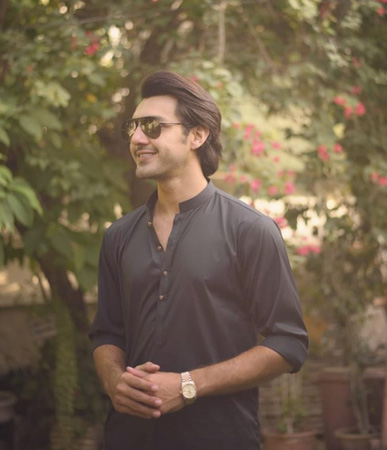 Actor Ahsan Mohsin Ikram shared a piece of advice for people amid the recent hike in fuel prices by the federal government.

When reports regarding another hike in fuel prices by the federal government circulated over social media earlier this week, several people rushed to the closest stations to get the tanks of their vehicles filled with fuel as per the previous prices.

In response to the scenario, the showbiz celebrity took to his Twitter handle, Tuesday, to share a piece of advice for his followers. “Why are we all rushing to the petrol pump to fill up our tanks?” he tweeted, further urging everyone that “We should park our cars on the roads and protest until they don’t bring the price down!!”

“People need to stand up for their rights, no one will give them to you unless we fight for it !!!” he added. For those unversed, Ahsan Mohsin Ikram is married to showbiz A-list actor, Minal Khan. It is pertinent to mention that the current federal government has increased the fuel prices by Rs 60 per litre within a span of a week after the IMF refused to release a US$1 billion tranche, demanding the reversal of subsidies on fuel and electricity. The decision was protested by the public, resulting in attacks on multiple petrol pumps in Karachi.