* As such, it was endearing to learn a little something about them, as shared by Meghan's hairdresser George Northwood, who took to Instagram to share pictures of the duchess 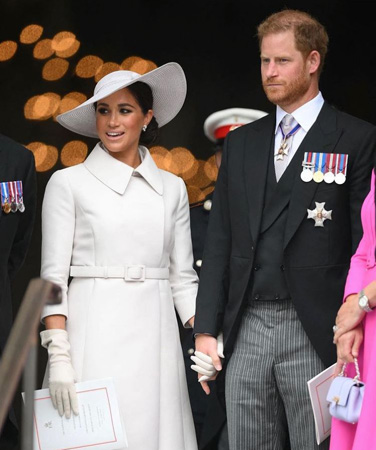 The Duke and Duchess of Sussex Prince Harry and Meghan Markle moved to the US in 2020, where they have been raising their two children Archie Harrison Mountbatten-Windsor and Lilibet Diana Mountbatten-Windsor in privacy and away from the UK’s tabloid culture.

Unlike Prince William, Kate Middleton and their three children, Prince George, Princess Charlotte and Prince Louis – who are growing up in the public eye – little is known about the Sussex kids’ personalities and temperaments.

As such, it was endearing to learn a little something about them, as shared by Meghan’s hairdresser George Northwood, who took to Instagram to share pictures of the duchess who had arrived with her family to attend the queen’s platinum jubilee celebrations.

According to an Independent report, Northwood seems to travel everywhere with Meghan, and was recently in the Netherlands, too, where he styled the duchess’ hair for the 2022 Invictus Games. He is in the UK for the Sussexes’ visit to the reigning monarch, who is Prince Harry’s grandmother. 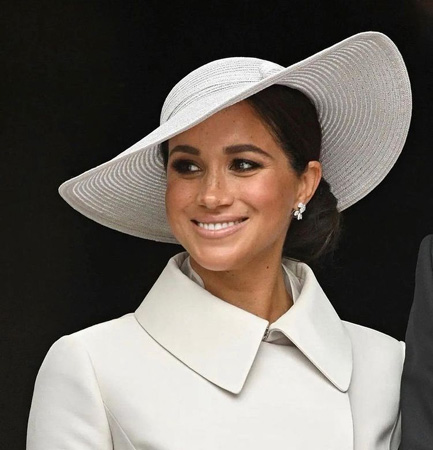 Northwood posted a series of photographs of Meghan, when she and Harry attended the special Service of Thanksgiving for Queen Elizabeth II at St Paul’s Cathedral.

For the occasion, the former actor wore an ivory white Dior coat-dress, white gloves, a matching hat and stilettos, and a stunning pair of diamond earrings – keeping her overall look simple and wearing a smile to complete it.

The caption for the post read, “So nostalgic and wonderful to be reunited with Harry, Meghan and their family in the UK.”

He further wrote that “Archie has grown to be the cutest, well-mannered little boy” and “Lilibet is just beautiful”.

While Archie is all of three years old, Lilibet was born last year in June, and will be celebrating her first birthday “privately” in Windsor with just her parents and brother on June 4. This is also the first time that the rest of the royal family, including the queen, is meeting with Lilibet – who is named after her.