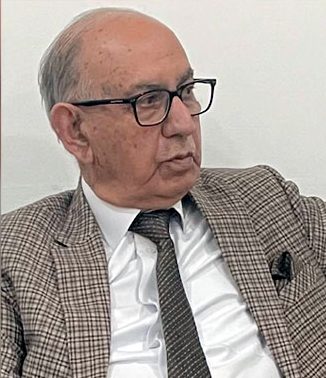 ISLAMABAD: Pakistan Muslim League-Nawaz Senator Irfan Siddiqui on Wednesday said that the National Assembly passed a bill to amend the Criminal Code and termed the change in the centuries-old imperial law an important milestone.

He said that the judicial powers of the district administration of Islamabad had been abolished.

According to a statement issued here, he said that the National Assembly unanimously passed a bill to amend the Criminal Code, 1898.

He said that the bill would now go to the President for ratification and once ratified, it would become law.

Islamabad district administration officers would lose judicial powers after approval of proposed amendments in various clauses of the bill, he added.

He said that they (judicial magistrates) would not have the power to remand or imprison anyone. However, they would continue to exercise administrative powers to prevent petty crimes but would not be able to exercise judicial powers as a magistrate, he added.

He said that a Judicial Magistrate would be answerable to the Islamabad High Court.

He said that the change in the centuries-old imperial law from both houses of the parliament was an important milestone and an important requirement of the Constitution of Pakistan had been fulfilled.