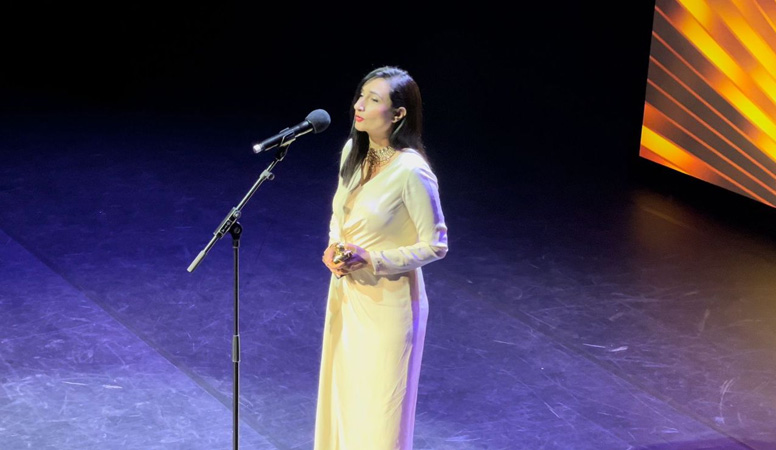 Pakistani film Aik Hai Nigar has just received the prestigious Septimus Award for the Best Asian Film category. Producer Nina Kashif has received the award in the Netherlands on behalf of the team. The Septimius Awards is an International Film Festival showcasing Feature Films, Documentaries, Shorts, Animations, Television Series, and Screenplays. Their goal is to showcase independent films and projects from around the world and Grant Awards to the best nominees at our yearly festival.

Pakistani media scene witnessed very few biopics in history, let alone biopics made on women of Pakistan. Aik Hai Nigar is hands down one of the most powerful, emotional, and heartwarming biopics Pakistan has ever made.

It features Mahira Khan, Bilal Ashraf, Saqib Sameer, and Kushhal Khan in pivotal roles. It is written by famous playwright Umera Ahmed. Here’s congratulating the team of Aik Hai Nigar for the achievement.