Progressing in the Metaverse world — a story worth knowing

* In his early years, Salman had to enter the industry with lesser education than most of his competitors 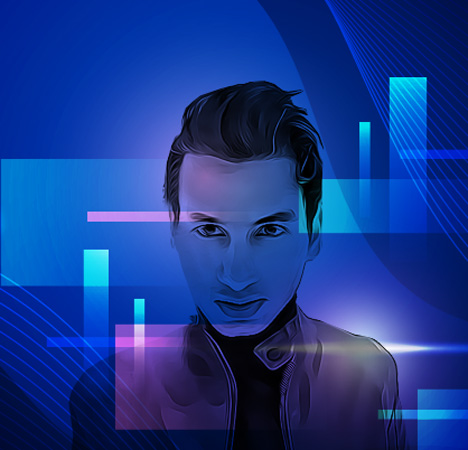 We all look around for even the very little pieces of inspiration around us. Sometimes, we come across some individuals that not only inspire us but also provide a reminder that we can overcome everything, given that we have the will. To get inspired, Salman Sabir is one of the best examples. Today, I would like to share one such story, which has been a source of motivation for me over the years.

The story is of a peer of mine, Salman Sabir, who currently has made a name for himself as a highly respected professional in the digital sphere. His beginnings were not so encouraging, which makes his achievements even greater than they are.

In his early years, Salman had to enter the industry with lesser education than most of his competitors. Although a drawback, it did not stop him from giving his best. He continued to work hard, learned new skills and managed to take out time for his studies as well. Soon enough, he became known for his immense talent and professional attitude.

But this was not the cakewalk that it sounds like. While giving hours for his work and education and managing his finances, Salman also had to struggle with depression. We all know that this is one of the biggest reasons due to which talented individuals get lost in the darkness and never rise back to reach their potential.

Initially, tackling depression is definitely not an easy task. Whatever is wrong with your life and health, your mind takes the lead to get you out of it. With depression, your greatest strength is lost and you almost always become reliant on others around you. Another great trouble with depression is the lack of awareness about it in our society, and hence the resulting attitude of people.

Despite this, he was able to drag himself forward as a professional, maintain friendships and also progress towards a depression-free life. This should provide us all with an important lesson, that even depression, which is widely feared, can be fought if you are willing to do so. It might slow you down in life for a while, but you can always make up for it.

Today, Salman has successfully turned things around for himself and had also served in a leadership position at a renowned organization. He has made an exceptional progress in advanced areas like Intelligence Blockchain, Metaverse, NFTs, and Cryptocurrency. Still, he chose not to stop and began working independently, making a greater name for himself and growing his stature further as an astute professional.

An important quality that deserves a mention is that he always values his family and friends. Having personally experienced this, he goes to all extents to support people around him and never backs out of it. This in return, has also helped him as he has a lot of loyal friends, whom he can reach out to whenever he needs. So, all those who wish to have friends, make sure you are there for others in their time of need.

The purpose of sharing this story is that we all relate to it in some way. Some people might indeed have more of a head start than the rest, be it in terms of money, talent, education or opportunities. Others though, have to grind their way through to the top.

We might find a lot of people citing their humble beginnings or shortcomings for their lack of success, but those are not the arguments to pay heed to when we have so many success stories. Many people have made it big after starting from scratch by working tirelessly without complaining. These are the stories which we must look up to and share with others, so we can all develop the mindset that makes us stop complaining and start working.

In the end, I would like to thank Salman Sabir, for allowing me to share his story and providing details which I didn’t know about earlier. I hope he gets even more success in life and continues to inspire us with his grit and passion.