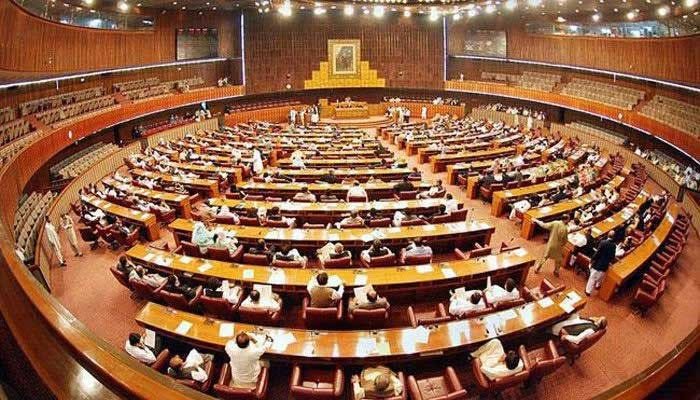 ISLAMABAD: The National Assembly Wednesday rejected a motion for introduction of a bill aimed at declaring drug tests of students compulsory because of already existing laws on it.

The bill was sponsored by a PML-N lawmaker Shakila Luqman and was supported by lawmakers belonging to MMAP including Salahuddin and Akbar Chitrali. However, Minister for Parliamentary Affairs Murtaza Javed Abbassi said there is already a law regarding sample testing of students while Higher Education Commission (HEC) and Anti-Narcotics Force (ANF) had a joint venture for creating awareness among students to avoid menace of drugs.

PML-N MNA Ch. Bashir Ahmed Virk said that there would be financial implications as well as psychological impact on students and their parents after passage of this legislative proposal. He suggested having massive drug tests of all, including parliamentarians and visitors of parliament in case this law is approved for students.