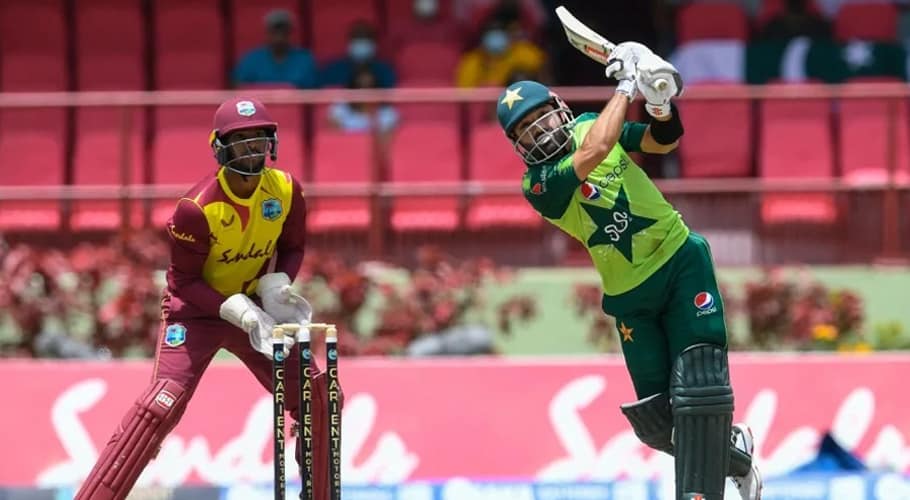 MULTAN: Pakistan and West Indies cricket teams are all set to play in Multan today to begin a new era for Pakistan cricket with the city hosting international cricket after fourteen long years.

The three One-Day Internationals (ODIs) are part of the Super League cycle and both sides are eager to secure crucial points to direct qualify in the ICC Men’s Cricket World Cup, 2023. The two teams were entering the series with high spirits.

Pakistan defeated Australia with 2-1 in March, which was Pakistan’s first ODI series win over Australia in last 20 years. This is Pakistan’s fifth Super League series in which the team had defeated Zimbabwe, South Africa and Australia but lost to England.

As a captain, Babar Azam has been at the forefront of Pakistan’s successes as he climbed to the number one spot in the ICC ODI ranking for batters also leads the batting charts with 902 runs at a stratospheric average of 90.20.

He is the only batter to have smashed five centuries in the ongoing cycle with Ireland’s Paul Stirling behind him with three centuries to his credit. Pakistan’s second-best batter in the cycle has been Imam-ul-Haq, who enters the series with a scintillating performance against Australia in which he scored two consecutive centuries and a breezy 89 not out.

The said performance by the left-handed opener was instrumental in the series win against the Kangroos, who were visiting Pakistan after a long wait of 24 years. Imam-ul-Haq has scored 598 runs at 54.36 along with the two centuries and five half-centuries in this current year.

Fearsome pacers, Haris Rauf and Shaheen Shah Afridi were the leading wicket-takers for Pakistan in Pakistan’s Super League tournament. However, Haris’ average of 28.73 was a shade better than Shaheen’s 29.52.

The West Indies added 30 more points to their tally during their stopover in Netherlands, defeating the hosts 3-0. Pakistan’s rank in ODI as of today is at the 5th spot, whereas the West Indies stands in the 9th spot.

“It is a really exciting moment for me to lead Pakistan in Multan for this all-important series. Multan is home to passionate cricket fans and it is great to be here. I am looking forward to the fans cheering the return of international cricket after a prolonged gap, and I am sure they will get to see some great cricket at the beautiful Multan Cricket Stadium,” Pakistan Skipper Babar Azam said.

“This is an important series for Pakistan to grab crucial Super League points. The players have been putting in a lot of effort to prepare themselves for the West Indies challenge and we are eager to win another series and bag maximum points to consolidate our chances for direct qualification in the 2023 World Cup” he added.

Whereas the West Indies captain Nicholas Pooran said that “It feels good to be here (Pakistan), the guys are confident after playing well in the Netherlands and we are hoping to continue our good performances here in Pakistan.”

An ODI win in the ICC Men’s Cricket World Cup Super League fixture adds 10 points to a team’s tally. The three ODIs will be played on 8, 10 and 12 June with the matches starting at 1600 (local time).