Dua Zehra wants to come back home, her mother claims 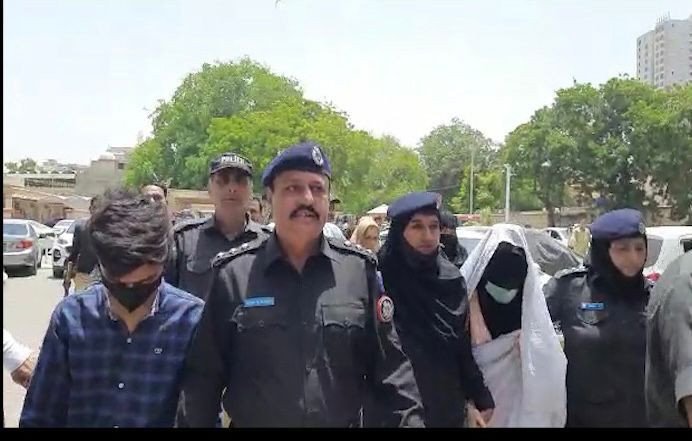 KARACHI: Teenage girl Dua Zehra met with her parents on Wednesday following orders from the Sindh High Court (SHC), as the family later claimed she expressed a wish to come back home.

In a meeting held at a judge’s chamber, her mother said “my daughter said in the meeting that I want to go home. Dua said she will give her statement in court.” Adding that police did not present her daughter in court and took her to a shelter home.

However, the girl and her husband appeared in court after a medical examination revealed that she is between the ages of 16 and 17.

During today’s hearing, the court reserved its verdict in the case.

Meanwhile, the lawyer for the girl’s father stated that they intended to produce some documents to confirm her 14-year-old age.

The SHC judge, on the other hand, rejected the plea, stating that the issue is about her recovery and that the subject should now be brought before the trial court. The parents were also permitted to meet the girl by the court.

The father also came before the judge, asking him to reconsider his judgment because the girl wished to accompany them. The judge, however, dismissed the plea, stating that the youngster had stated under oath that she did not want to accompany her parents.

“The statement on oath has an importance and we cannot believe your words when the girl has given a written statement in this regard,” the court said while admonishing the father.

On the other hand, Mehdi Ali Kazmi, Dua’s father, has challenged his girl’s medical report in which it has been confirmed that she is an adult.

In a letter to Sindh secretary of health, he has written that Dua was born on April 27, 2008, and the medical report presented in the court is ‘fake’. “Therefore, it is requested that my girl be medically examined again for the verification of her age,” he said.