* 'Working on Ms Marvel and being part of the MCU is a dream come true for me!' she noted in the caption on the photo and video sharing application 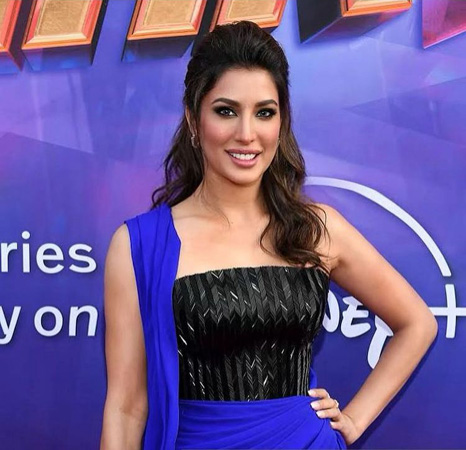 Pakistan’s A-list actor, Mehwish Hayat opened up about her experience of working on the MCU title, the ‘Ms. Marvel’ series. Taking to her Instagram handle, Sunday, ‘Dil Lagi’ actor shared a bunch of clicks from the recently happened premiere of the highly anticipated superhero series in Los Angeles and wrote a heartening note along.

“Working on Ms Marvel and being part of the MCU is a dream come true for me!” she noted in the caption on the photo and video sharing application. “You cannot believe what it means to finally have the first brown Muslim superhero that we can all relate to and who speaks for us.”

“Words can’t describe how happy my inner child is to see my culture being so accurately represented on screen, in a mainstream Hollywood production..”

Sharing the pride and joy, Hayat added: “It also means a lot that @marvelstudios have made an effort to cast Pakistani actors in key roles. I hope that this will not only show actors in Pakistan that they need to look beyond their own borders but also give Hollywood the confidence to cast talent from Pakistan.”

Furthermore, the actor extended individual acknowledgments to the cast and crew of the show, adding that if girls would start believing in themself and their dreams, nothing is quite impossible to achieve.

“Look at me… a girl from Karachi walking the Red carpet in Hollywood shows anything is possible.”

The showbiz fraternity of Pakistan was quick to flock to the comments section of the post to offer their felicitations to Hayat, along with her millions of fans.

It is pertinent to mention that ‘Ms. Marvel’ is the first Muslim superhero to be introduced in the Marvel Cinematic Universe.

It is the story of Kamala Khan aka Ms. Marvel, who is an obsessed Pakistani-American fan of Captain Marvel, growing up in Jersey City.

The role of the Marvel superhero is played by the 19-year-old Canadian-Pakistani actor Iman Vellani while Matt Lintz will be seen as Bruno Carrelli. The rest of the cast includes Anjali Bhimani, Rish Shah, Zenobia Shroff, Yasmeen Fletcher, Laurel Marsden, Mohan Kapoor, and others.

Moreover, Pakistani actors Mehwish Hayat, Fawad Khan, and Nimra Bucha will be seen in the show which streams from June 8 on Disney Plus.