‘Joyland’ to premiere in Pakistan ‘in good time’ 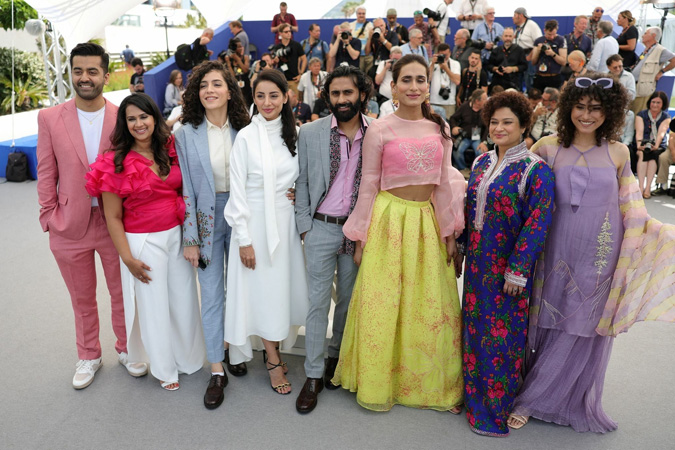 Pakistan’s debut feature film at the Cannes film festival, ‘Joyland’ will premiere in Pakistan, as confirmed by director Saim Sadiq.

Responding to audiences’ anticipation, Saim Sadiq has promised to bring the Cannes-winner for enthusiasts in Pakistan to experience the tale which moved the international audience.

Taking to his Instagram stories, the talented filmmaker made the announcement regarding the film being screened at Sydney Film Festival this month, in response to which, several movie lovers bombarded Sadiq with requests to bring ‘Joyland’ to Pakistan as well.

Addressing the fans via the following Instagram story, Sadiq noted: “Yes! Joyland will be screening in Pakistan and UK and US and Melbourne, Toronto, etc. At festivals and then in theatres. In good time.”

It is pertinent to mention that Pakistan’s ‘Joyland’ had won the ‘jury prize’ in the ‘Un Certain Regard’ category at the Cannes Film festival last month. The title triumphed over 13 other nominees to pick up the prize, while it also received a 10-minute-long standing ovation from the festival attendees after the premiere.