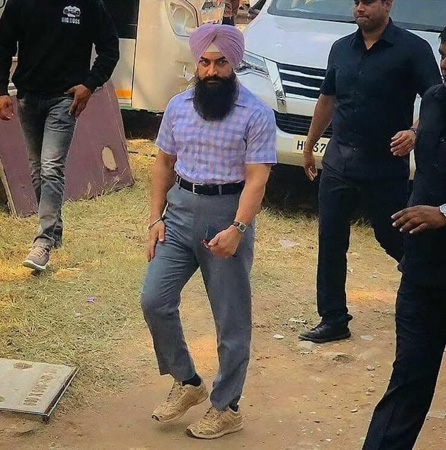 Bollywood actor Aamir Khan is reportedly looking to host a special screening of Laal Singh Chaddha for Hollywood star Tom Hanks as the release of the remake of Forrest Gump draws closer. A source told an India-based news agency said the screening will happen outside the country.

Taare Zameen Par actor, speaking about the upcoming film, said he was fascinated with Forrest Gump.

“I have always loved Forrest Gump as a script. It is a wonderful story about this character. It is a life affirming story. It is a feel good film. It is a film for the whole family.” Laal Singh Chaddha, which is a remake of the Hollywood classic Forrest Gump, is about a simple man and how his life turns around because of a miracle. The film will highlight love, warmth and happiness.

The film, which will release on August 11 this year, has a stellar cast. Aamir Khan stars as Laal Singh Chaddha while Kareena Kapoor Khan portrays Manpreet Kaur. Sanjay Dutt and Mona Singh will be seen in the project as well. The direction is helmed by Advait Chandan. It is co-produced by Aamir Khan and his former wife Kiran Rao along with Prasanth Kumar Chandran, Radhika Chaudhari, Sanjeevkumar Nair, Srinivas Rao, Navmeet Singh and Pawandeep Singh.