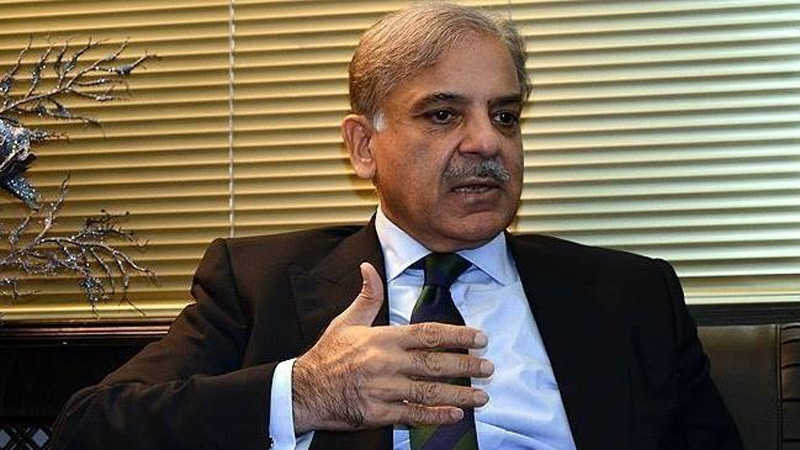 Prime Minister Shehbaz Sharif Tuesday while reiterating his call for a Charter of Economy, said it was high time all the stakeholders joined hands to formulate an unalterable policy framework to make the country achieve agro-based and export-oriented growth.

The prime minister, addressing the Pre-Budget Conference here, said the enhancement of exports and agricultural yield, and financial management should be the major components of the plan.

The conference gathered agriculturists, information technology experts, businessmen, investors and agriculturalists from across the country who shared their proposals with the government relating to their respective areas. “All of us will have to move together. The government will need guidance from the stakeholders and experts. The govt will form task force on agriculture and exports for formulating comprehensive plans,” he said.

The prime minister said owing to the limited time, the incumbent government was focusing on short- and medium-term plans. Citing the successful economic growth of Bangladesh, he said being rich with immense resources, human talent and dedication, Pakistan could also achieve excellence through efficiency and modern techniques. He thanked the experts for giving their input during over six-hour long session. The prime minister said owing to the non-execution of plans, Pakistan lagged behind while other nations like India excelled by following its development plans. He said in 1991, Pakistan’s rupee was stronger than the Indian currency but in the current scenario, there was no comparison between thw two.

Pakistan lagged behind because the development plans remained unexecuted, he added. “It is up to the government to execute these suggestions. We have to convert them into reality. This will not be realized until there is political stability,” he remarked. Shehbaz Sharif said the agriculture could turn around Pakistan by enhancing the yield of cotton, wheat and other crops and mentioned the country’s $4.5 billion import bill of palm oil which he said could be reduced through local production. He said though the provinces got the maximum chunk of the NFC after the 18th amendment, the federation could make comprehensive plans in collaboration with the provinces.

He told the gathering that despite the passage of years, the people of Gwadar were yet deprived of drinking water and electricity. “Is this how the nations are made,” he questioned and said the deep-sea port was also losing its depth for silting which would impact the movement of heavy ships. The prime minister also lamented the unnecessary delay in the completion of the last of the four LNG plants initiated by the PML-N government which should have been completed in March 2020. “We have to give an impetus to the export-based industry. It is all about integration. The government will focus on enhancement of exports to bring in employment and prosperity,” he commented.

Coming to the foreign policy, he said the incumbent government was yet repairing the ties with friendly countries including China and Turkey as their projects faced unnecessary impediments in the past. He said in order to boost export, there was a need to establish export industrial zones where land should be provided to the industrialists without any cost through a merit-based formula. He said in wake of the limited fiscal space available to the government, the projects of national importance should be executed through a public-private partnership including the exploration of gas and renewable energy. Mentioning the annual deficit of $2.5 billion by the sick entities, the prime minister said the government could save this huge amount by offloading the “dead wood.” Referring to some difficult financial decisions made by the government, he said, despite knowing their political cost, the coalition parties unanimously went for the decision-making in the national interest. Calling for the elite to sacrifice, PM Shehbaz Sharif hinted at taxing the real estate sector and encouragement of vertical construction to spare land for agricultural use.