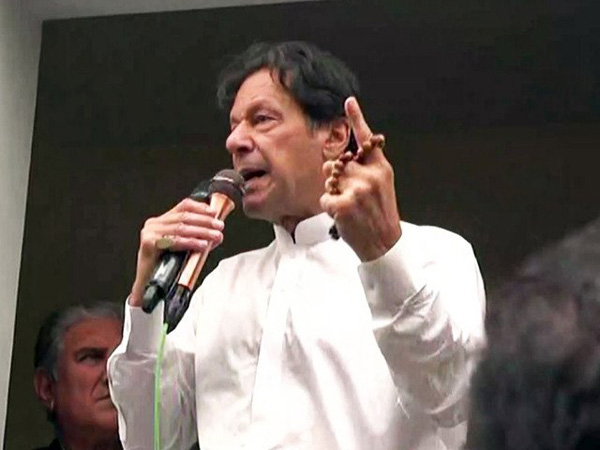 “They [government] are trying to put me behind bars on trumped-up charges so that this movement could be stopped,” he said while addressing his party’s lawyers forum at his Bani Gala residence in Islamabad on Tuesday.

Reiterating his allegations that the incumbent rulers came into power through a ‘foreign conspiracy’, the PTI chairman asked his supporters to brace themselves up for any situation if he got arrested on ‘fake’ first information reports (FIRs). “Come what may, this movement for real freedom will not stop till the announcement of early elections,” he added.

Speaking about money laundering case against Prime Minister Shehbaz Sharif, Imran said the accused became the judge in his own case. “You have to stand up for the rule of law ensuring rule of law is the responsibility of lawyers and judiciary.” He also lashed out at the Election Commission of Pakistan (ECP) for holding up notification of MPAs on reserved seats of Punjab Assembly, saying the move was aimed at protecting the government of Chief Minister Hamza Shehbaz.

“If they [ECP] fill vacant reserved seats, he [Hamza] would lose the majority,” he said.

Imran also alleged that the ECP was working hand in glove with the ruling PML-N to rig next elections.

“No matter what they do we will win the elections,” he maintained.

Speaking about the rising fuel and electricity prices, Imran said he had never witnessed such skyrocketing inflation in the history of the country, says a news report.

“When they will go in public they will hear these two slogans “thieves and traitors”.

“I urge this government to cut diplomatic and trade ties with India and take a stand against them like Arab countries are boycotting their products,” he added.

Imran said due to the “flawed policies” of the incumbent government, international rating agency Moody’s downgraded Pakistan outlook from stable to negative.

“The credit rating of WAPDA has also been downgraded and now we will not be able to get loans to build dams… they [government] are the biggest threat to national security.”

The former premier said his government was toppled despite the fact that it steered the country out of multiple crises including Covid-19 pandemic and left the country’s GDP growth at 6 per cent.

Imran Khan said his government resisted the International Monetary Fund (IMF) from increasing fuel and electricity prices but the ‘imported government’ has bowed down and accepted each and every demand of the fund.

Economy during the tenure of my government was on the right path and was growing at 5.6pc rate, he said and regretted that Moody’s has now changed Pakistan’s credit rating into negative.

The former prime minister alleged his government was toppled over a ‘foreign conspiracy’, the threatening letter received from the US was shared with the NSC, Chief Justice of Pakistan, Justice Umar Ata Bandial and others concerned. “Dacoits were imposed on the country, Shehbaz Sharif and his son Hamza should have been given punishment over money laundering”, he said. Commenting on the derogatory remarks of BJP leader, Imran Khan urged the government of Pakistan to record strong protests with India on the issue as the Arab countries are doing.

Calling Interior Minister RanaSanaullah, an alleged killer, Imran Khan said the government wants to arrest him in any case. He asked the masses to be ready for the ‘HaqiqiAzadi’.