A larger bench of Lahore High Court’s (LHC) Tuesday sought assistance of Punjab Chief Minister Hamza Shehbaz’s counsel on whether or not the bench could bypass or ignore the Supreme Court’s (SC) ruling on defections under Article 63-A of the Constitution. The bench – headed by Justice Sadaqat Ali Khan – raised the question while hearing intra-court appeals against its three orders:

Oneagainst the decision of Justice Jawad Hassan who had directed the National Assembly speaker to administer oath to Hamza Shehbaz Sharif – two against Chief Justice Lahore High Court Muhammad Ameer Bhatti’s decisions in which he had first ordered the president to nominate anyone to administer the oath to Hamza and secondly he had advised the governor Punjab to ensure administration of the oath. In earlier proceedings, the LHC bench had sought assistance from advocate Mansoor Usman Awan, representing Hamza Shehbaz Sharif, upon three points “whether the governor’s letter to President of Pakistan could be considered a report; if the report is dispatched to president then will governor wait the president’s response on it; and what Constitution proposes if governor’s report is proved incorrect”. As the proceedings commenced, Justice Sadaqat remarked that after the issue of Hamza’s oath as chief minister becomes secondary after the SC’s judgment on the dissident members, says a news report. On May 17, SC had ruled by a majority of 3:2 that the defecting lawmakers’ votes could not be counted. “The question is whether or not this larger bench could bypass the SC’s judgment, if you satisfy us on this point then we will come to the issue of oath-taking,” Justice Sadaqat remarked. Hamza’s counsel Mansoor Usman Awan argued that the SC’s judgment had no retrospective effect on his client’s case as neither did the SC specifically underline the matter nor was Hamza Shehbaz’s election under challenge at that time. Justice Sadaqat remarked that a matter was pending with a single bench wherein the proceedings were revolving round a specific point that whether or not SC’s judgment had a retrospective effect.

“If that court decides this point, then the matter before this larger bench will become infructuous, but if decision comes otherwise, we will then decide on this matter.” Meanwhile, PTI’s counsel Azhar Siddique requested the bench that Hamza Shehbaz be restrained from rendering administrative work till the decision of the case in light of the SC’s judgment. However, the bench remarked the matter will be decided in accordance with the law. 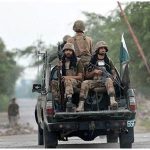 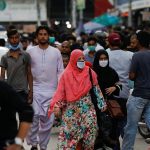