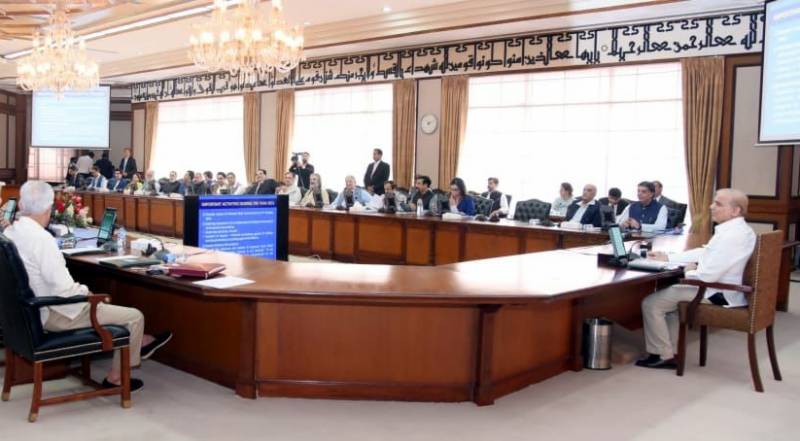 The federal cabinet has reinstated the weekly Saturday holiday in order to save energy and improve load-shedding management. The decision was taken by the federal cabinet at a meeting held in Islamabad on Tuesday under the chairmanship of Prime Minister Shehbaz Sharif.

As part of the petrol austerity measures, the federal cabinet also agreed to a 40% reduction in the fuel usage of government officials and cabinet members.

Earlier, the federal cabinet meeting began in Islamabad, with the discussion focusing on a three-point agenda, according to government sources.

The Election Commission of Pakistan (ECP) report for 2021 was presented to the government. The ECP report was tabled in Parliament following cabinet approval. Before the cabinet, the power division offered a loadshedding plan.

The cabinet is anticipated to approve the market closure at 7 p.m. and the reinstatement of the Saturday weekly holiday. The federal cabinet will also endorse the Economic Coordination Committee’s decision from June 3. (ECC). The cabinet meeting will also discuss and consult on the country’s political condition.

Meanwhile, Marriyum Aurangzeb, Minister for Information and Broadcasting, stated that a Federal Cabinet meeting convened by Prime Minister Shehbaz Sharif was briefed on strategies to eliminate loadshedding and the overall energy situation.

She stated in a tweet that there is a shortage of installed capacity to meet the increasing demand.

Energy Conservation plan is being presented by the Ministry of Power at the National Level during this challenging time, when there is shortage of electricity and the price of oil and gas in the international market is sky high #GovtAtWork#WeCanWeWill pic.twitter.com/zkNq2lWtv9

According to the minister, there were also supply chain bottlenecks since the PTI administration did not award enough petroleum contracts. She stated that the current administration was dealing with these concerns on an as-needed basis.

She claimed that in four years, PTI had not even completed all of the projects initiated by the PML-N.

For instance, the Siemens LNG plant at Trimmu, which was the most efficient plant in the world at 61.6 percent efficiency and where the first turbine had already arrived in 2018 during the PML-N government, was still not operating.