A debut novel that shows promise but falters in the execution 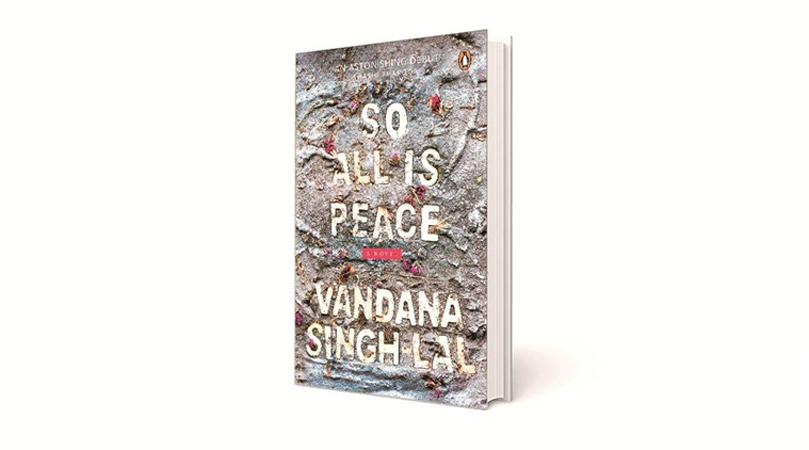 So All Is Peace tells its readers how rigged the system is, how unfairly skewed it is in favour of men and how it is the complicity of men in taking advantage of their position in a patriarchal setup that leads to the horrors we see in the news every day.

The plot is intriguing — identical twins, Layla and Tanya are found starving in their apartment in an upmarket housing society in Delhi. They are in their mid-twenties, and when they are found, weigh only 18 and 22 kg respectively.

It comes to light that the sisters weren’t short of money, nor were they being held hostage. So what happened? Why have two adults decided to withdraw from society and starve themselves? A media ruckus follows the discovery, and one of the journalists covering the story is the rather cynical investigative reporter, Raman. Though reluctant at first, Raman finds himself drawn into the sisters’ lives as he begins talking to Tanya, who tells him the tale of their dark past. The rest of the book alternates between the present and the past, revealing to us in bits and pieces, the events that led up to the present moment and the ongoing police investigation into the case.

So All is Peace, Vandana Singh-Lal’s debut novel, has all the ingredients you’d expect from psychological thriller — the kind you read from cover to cover in one sitting, all the while on the edge of your seat.

But this is not that book. Lal takes the more scenic route through the plot, and it’s not the external but the internal elements that drive the story. Tanya’s stories, both the ones she tells the readers directly and those she tells Raman, are about her childhood, grief and Layla’s relationship with her boyfriend Deepak — familiar stories that unfortunately mirror the plight of countless women in the country. With them, the book focuses on the suffocating constrictions that a patriarchal society puts on its women, and how the conditions that it fosters, often normalised, can turn nightmarish at any moment.

Unfortunately, that is not all that the book focuses on. Instead, through her characters, Lal comments on everything from capitalism, consumerism and class divide to the environment, the current state of journalism and social media — pretty much everything that the story even tangentially touches upon. And while the points she raises are valid, there are far too many of them, and so frequently do they occur, that they make the book feel exhausting. The commentary doesn’t help the story move forward. Instead, they act as speed bumps on a road already packed with traffic.

The actual plot seems incidental to the author’s social and political commentary, acting instead as merely a vehicle for them. The characters seem to exist only to put those points across, and the author’s voice seems to overlap and even merge with both Tanya and Raman’s. Other characters in the book, like Deepak and Sanjay Deol (the president of the residents’ welfare association), are stereotypes that fail to pass muster. Perhaps this, more than anything else, is why a reader might find it hard to imagine these characters having a life beyond what is revealed in the book.

Even though it slows down the storytelling, it would still have been fine to use fictional characters so blatantly to make larger comments about society, had these comments shed fresh light upon the issues raised. Instead, Lal offers nothing new in terms of insight, and only manages to touch the surface of the problems she highlights. Quite in the vein of someone frustrated with the world who rants to a friend over a drink, or to their followers on Twitter, the commentary in this book fails to dig deep.

Of course, there are no easy answers to the problems the book brings up. But if we are to turn to fiction as a medium to approach these problems, one of the things it offers is an opportunity for us, as readers, to feel what the characters are feeling, to vicariously let us experience what they are going through. It offers us a chance to immerse ourselves in a world remarkably different from our own, helping us improve our understanding of something we thought we already knew everything about. Lal’s book, in many ways, fails to take advantage of that opportunity.

So All Is Peace tells its readers how rigged the system is, how unfairly skewed it is in favour of men and how it is the complicity of men in taking advantage of their position in a patriarchal setup that leads to the horrors we see in the news everyday. It tells us, in language that is often verbose, but it fails to, for the most part, show us those horrors. This, perhaps, is the book’s biggest lack.