No plan to impose financial emergency 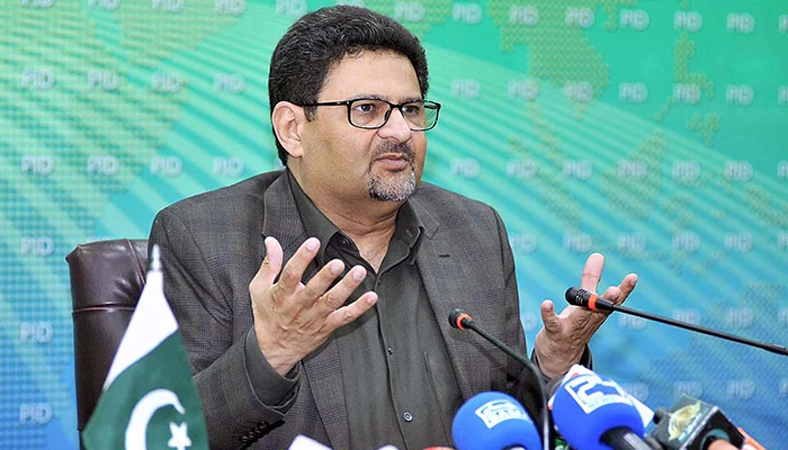 Dispelling rumors doing the rounds on the social media, Federal Finance Minister Miftah Ismail Monday made it clear that the government had no plans to impose financial emergency, or freeze the foreign currency accounts or take over the people’s private lockers.

The minister took to Twitter to allay the fears of investors and the general public after the rumors on the social media took over the entire country. Miftah said Prime Minister Shehbaz Sharif would likely announce austerity measures adding that no financial emergency was being imposed in the country. He said “after two increases in petrol prices, the country was out of the financial crisis.” The finance minister categorically said that the government had no plans “to freeze foreign currency accounts or Roshan Digital Accounts or take over people’s private lockers.”

“We have never even contemplated these steps. Nor will we ever do it. Speculation on social media about this is wrong and coming from biased quarters,” he said, says a news report. The government’s decision to increase fuel prices by Rs30 twice in less than a week has led to a backlash from the common man, who fears it will not only increase their daily commute expenditure but will also lead to a hike in food prices.Many social media users have demanded the government to cut the petrol allowance for government officials, bureaucrats, and others.

Separately, the central bank issued a clarification saying, “The Government of Pakistan and the State Bank of Pakistan assure all account holders maintaining Foreign Currency Accounts (FCA), Roshan Digital Accounts (RDA) and Safety Deposit Lockers in banks in Pakistan that their accounts and lockers are completely safe, and that there is no proposal under consideration to put any restriction on them.”

“Rumours are circulating on social media that the Government or State Bank is considering freezing or placing restrictions on withdrawals from Foreign Currency Accounts, Roshan Digital Accounts and Safety Deposit Lockers. Such rumours are absolutely incorrect and baseless. It is clarified that such a proposal has neither been considered presently nor in the past. Moreover, foreign currency accounts including Roshan Digital Accounts are legally protected under the Foreign Currency Accounts (Protection) Ordinance 2001, and the Government and the State Bank are committed to protecting all the financial assets in Pakistan including the ones mentioned above.

“The Government and State Bank are taking all necessary measures to ensure macroeconomic stability in the country. The recent difficult decisions taken by the Government, including the reduction of subsidy on petroleum products, will pave the way to reach an agreement with the IMF and release of the IMF tranche and financial assistance from other multilateral agencies and friendly countries. We are confident that these measures will relieve the temporary stress being faced due to elevated global commodity prices and geo political tensions, and eliminate uncertainty in the economy.” Earlier this month, Ismail announced Rs30 per litre in the price of petrol to pave way for the revival of the IMF programme.

As per the new fuel prices, petrol is available at Rs209.86 per litre, high-speed diesel (HSD) at Rs204.15, kerosene oil at Rs181.94 and light diesel oil at Rs178.31. Only the price of kerosene oil was increased by less than Rs30. This was the second increase in the price of petroleum products over the past fortnight. Earlier, the government had hiked the prices by Rs30 as it reduced subsidies on fuel.