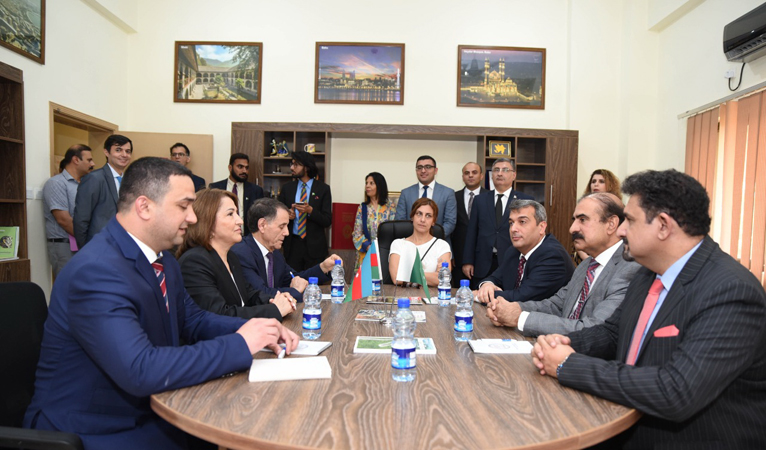 Speaking on the occasion,KhazarFarhadov said that establishment of Azerbaijan Language & Cultural Center in NUML will help to promote Azeri language and culture in Pakistan and an Urdu Language & Culture Chair will be set up at Azerbaijan Languages University to endorse Pakistani culture & language in Azerbaijan. He said that both countries are enjoying good bilateral relations and the purpose of establishing these chairs was to bring the masses of both countries closer to further enhance the relations. He said that a direct flight from Islamabad to Baku started recently to maximize the relations at mass level.

Vice Rectors of Azerbaijan University of Languages Mr. Novruz and Ms. TamamJafarova briefed the audience about the university and highlight the importance of establishing Azeri language and culture center. They termed that both the countries have great bilateral relations and Pakistan supported Azerbaijan during war and Azerbaijan support Pakistan’s stance on occupied Kashmir.

Rector NUML Maj General Muhammad Jaffar, while expressing his views has said that NUML is offering 26 national and international languages and has Eight regional campuses across Pakistan. He said NUML is keen to collaborate with its Azerbaijaniancounterparts to develop research culture in Pakistan, and to start student/faculty exchange program with Azerbaijan universities.