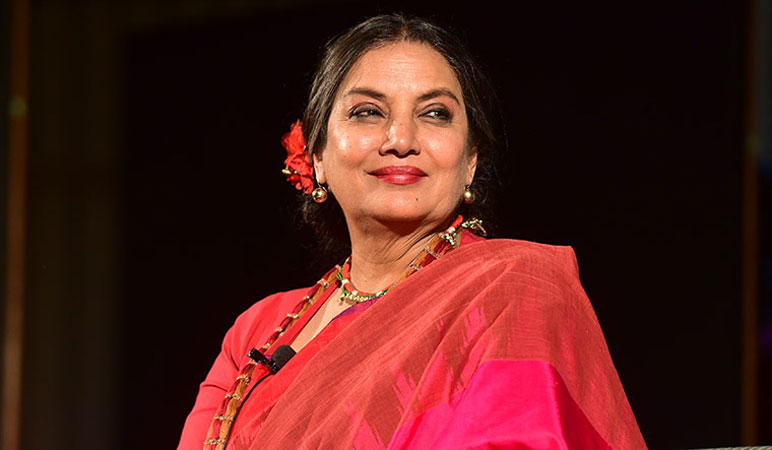 Bollywood actor Shabana Azmi recalled her mother telling her that she would marry her off to a handicapped person after watching one of her films.

The wife of Indian poet and lyricist Javed Akhtar, who is one of the most prominent figures in India, recalled the moment during the launching of her book The Oldest Love Story. The actor spoke about her mother Shaukat Azmi’s personality and her reaction to her performance in film Faslah during the event.?”My mother never minced or sugarcoated her words. She kept an amazing balance between her professional and her personal life. And she definitely was not the Nirupa Roy type Bollywood maa,” she said as quoted by an India-based news agency in its report. “She used to express her point in a very straight forward matter-of-fact way. When my first film Ankur was released, my mother was sitting in the front row ahead of me. After the film, she turned around and said, ‘Shabana, you are a very good actress, I am proud of you. This film is very good.’ I was very confident after listening to my mother’s words.”

The actor added: “When my second film Faslah came after two months, she was sitting ahead of me. And in the same manner, she looked back and said in front of everyone, ‘Shabana, this is such a bad film and you have done such a bad job. If you had shown me this film earlier, I would have got you married off to some random handicapped man, but would not have not let you act in the film industry!’ She was just straight forward.”