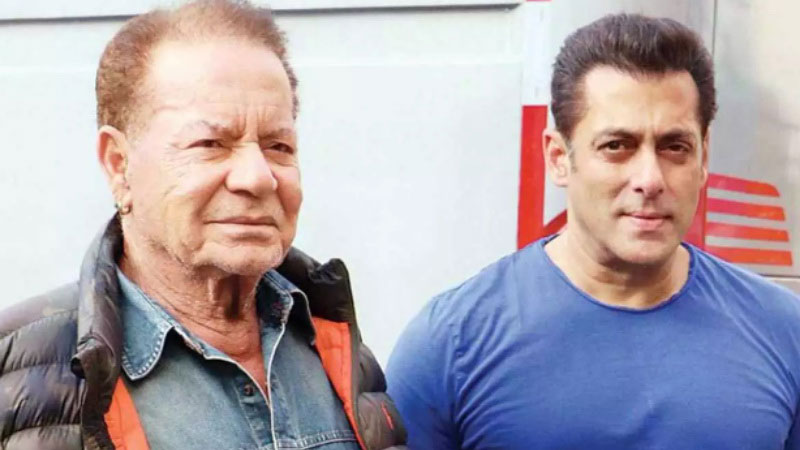 As per the statement by officials to Indian media outlets, “Salim Khan follows a morning routine where he goes for a walk on the promenade accompanied by his security personnel. There’s a location where he typically takes a break. A chit had been left behind on a bench.”

His security personnel found the chit and gave it to the filmmaker, which read, “Moosa Wale jaisa kar dunga (Will do the same like Moose Wala).”

An FIR has been registered against the unknown person at Bandra police station of the city, while a further probe is underway. The officials are also checking CCTV footage of the area to identify the person who left it there.

It is pertinent to mention that Indian government officials beefed up the security for the ‘Dabangg’ actor earlier this week. The measure was taken after Lawrence Bishnoi, who had openly threatened to kill Salman Khan once, emerged as the prime accused in the Sidhu Moose Wala’s assassination.

“Hum karenge toh pata chal hi jayega. Salman Khan ko Jodhpur mein hi maarenge , pata chal jayega inko. Abhi toh maine kuch kiya hi nahi hai , bina matlab ke involve kar rahe hain (When I do something, then you will know. Will kill Salman Khan in Jodhpur. As of now, I haven’t done anything. They are involving me for nothing),” Bishnoi had said during a court outing in 2018.

For the uninitiated, Punjabi singer Sidhu Moose Wala was shot dead in the Mansa district of the Punjab state in India last month, while Goldy Brar along with Sachin Bishnoi, Lawrence Bishnoi group claimed the killing.