Ranbir Kapoor calls Brahmastra ‘deeply rooted in Indian culture’, says had ‘the opportunity to create our own Marvel’ 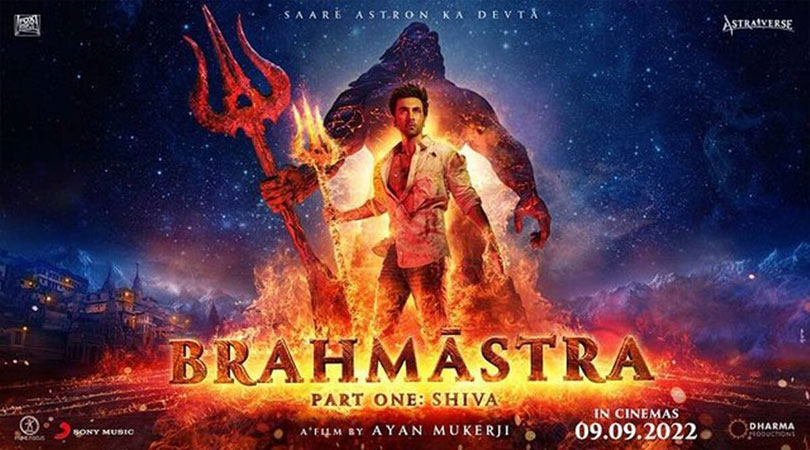 Ranbir Kapoor is geared up for his upcoming magnum opus Brahmastra, which stars him with Alia Bhatt.

Ranbir Kapoor is super excited about his upcoming Ayan Mukerji directorial Brahmastra, whose first part is going to have a theatrical release in September this year. Talking about the project, the actor expressed that he, along with Alia Bhatt, was extremely excited about Ayan’s brainchild.

“We were just three best friends, Alia and I, sitting and dreaming this film with Ayan, and being soldiers to him,” Kapoor told Variety.com. He added, “We were really excited and really privileged to be part of this film and part of this vision so selfishly as an actor that I would do it over and over again.”

Ranbir also said that because the film is “deeply rooted in Indian culture”, it would have a “connect to a large audience.”

“It’s deeply rooted in Indian culture, and we had the opportunity to create our own Marvel, which Ayan is trying to do with his Astraverse. Any film, any good compelling story, made in your culture, in an authentic way, in a true form, will connect to a large audience,” Kapoor concluded.

Based on Indian mythology, Brahmastra is set in contemporary India, where a secret society called the Brahmansh has guarded Astras (divine weapons) created in ancient India for generations. The most powerful among these, the Brahmastra, is now waking up and it threatens to destroy the universe. The film sees Ranbir’s character possessing superpowers. Mouni Roy, on the other hand, plays the antagonist to Ranbir’s Shiva. Alia Bhatt plays Ranbir’s character’s love interest. Brahmastra marks Ranbir and Alia’s first film after their wedding this April.

Amitabh Bachchan and Nagarjuna also play pivotal roles in the feature, which is set to release in Telugu, Tamil, Kannada and Malayalam on September 9.