Senate passes one bill, refers two others to committees 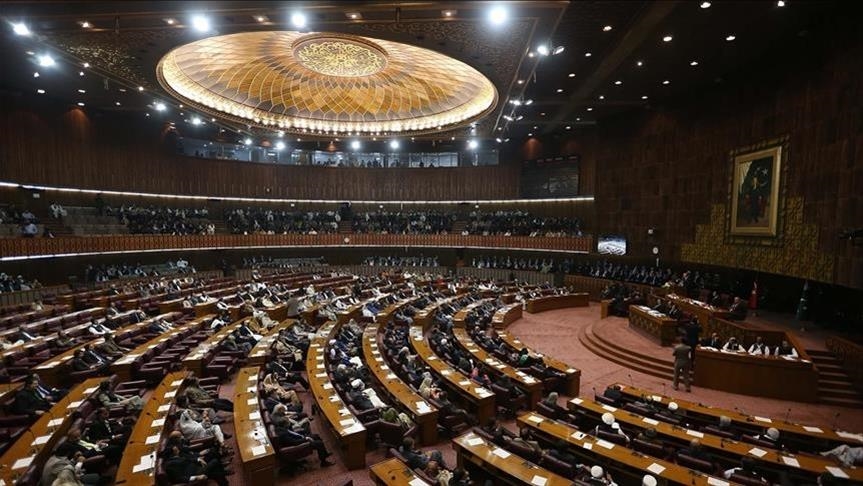 ISLAMABAD: The Senate passed one private member’s bill and referred two other bills to the relevant committees after their introduction in the House.

The House passed the Smart Institute of Sciences and Technology Bill, 2022 which was sponsored by the Senators Dilawar Khan (Independent), Naseebullah Bazai (Independent) and Prince Ahmed Umer Ahmedzai (BAP).

A PTI lawmaker, Senator Fawzia Arsahd moved two bills including the Islamabad Capital Territory Prohibition on Employment of Children Bill, 2022 and the Capital Development Authority (Amendment) Bill, 2022. Both bills were referred to relevant committees after their introduction.

The House passed three motions under Rule 126 (7)  and referred three bills for consideration in the joint sitting. These bills were the Trained Paramedical Staff Facility Bill, 2019; the Maternity and Paternity Leave Bill, 2020 and the Trade Organisations (Amendment) Bill, 2021.

Senator Seemee Ezdi (PTI) also moved a motion to withdraw the Constitution (Amendment) Bill, 2021] as introduced in the Senate on 31st May, 2021 (Amendment of Article 59) which was passed by the House.

The chair deferred a resolution due to absence of its sponsor – Senator Zeeshan Khan Zada (PTI) – which demanded the Federal Government to ensure that all those individuals / families registered in the federal social protection programs under Ehsaas (BISP) during the last Government may continue receiving this vital assistance and are not removed from the beneficiary list.

The House deferred five motions under Rule 218 to condemn controversial remarks of BJP leader against Holy Prophet Muhammad (Peace Be Upon Him). The deferred motions were about rising trend of drug addiction in the country; imposition of fine on National Bank of Pakistan, New York branch by the U.S. Federal Reserve Board; alarming number of traffic accidents on RCD Highway, N-25; flagrant violation committed by India in relation to accidental firing of unarmed missile that struck into Pakistan’s territory and recent detection and interception of an Indian submarine that entered into Pakistan’s territorial waters on March 1, 2022.