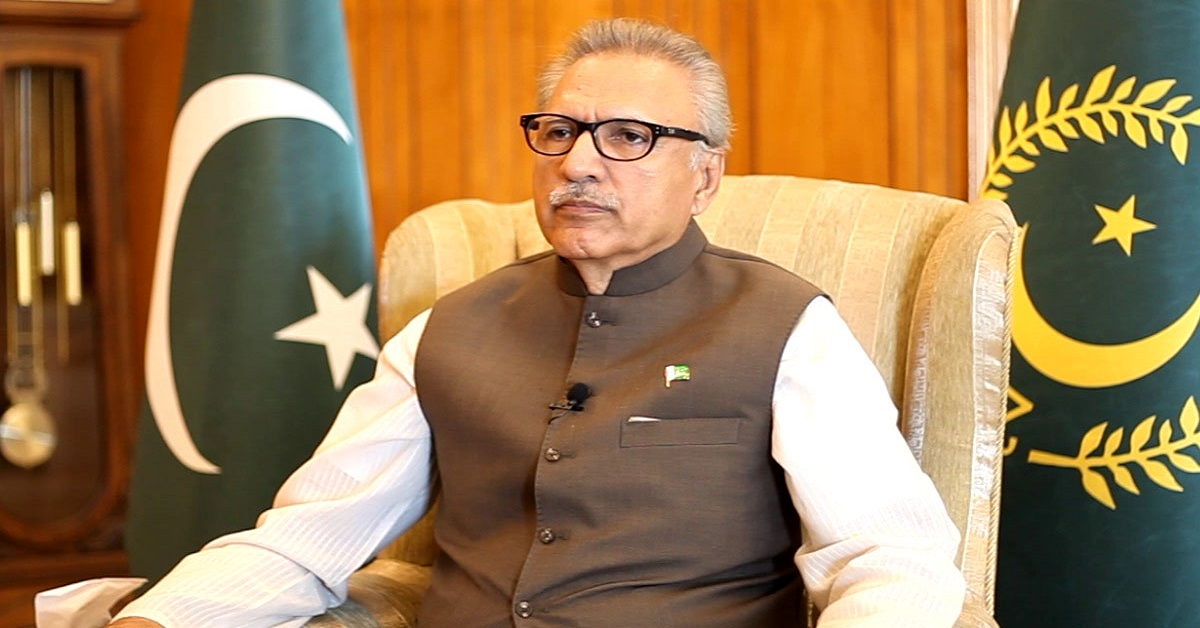 ISLAMABAD: President Dr Arif Alvi on Monday held the Ministry of Education responsible for criminal waste, inefficiency and irresponsibility for non-utilization of Germany’s grant of Rs 13.707 million since 1993-94.

He stated that the donation, which was given 30 years ago for the purchase of paper to enable printing of cheaper textbooks, remained unutilized until today, while the government was asking for grants and loans internationally to meet its immediate needs.

The president directed the hitherto defunct Ministry of Education and now the Ministry of Federal Education and Professional Training to conduct an inquiry, hold the people responsible, and take action against them according to law.

He cautioned the Ministry of Education not to shift the burden of such inquiries on the retired and expired people, and directed it to submit the compliance report to the Federal Tax Ombudsman (FTO) within 45 days.

The president observed this in his decision on the appeal referred to by the Central Directorate of National Savings (CDNS) against the FTO’s verdict, a press release issued by the President’s Media Wing here said.

He highlighted that the said money remained in a non-profit bearing account for 6 years and nobody cared about it. Had it been any officer’s personal money, he would have not allowed even one day to lapse and would have deposited it in a profit scheme, he remarked.

He pointed out that the loss incurred due to keeping the money idle accumulated to Rs 17,490,730 which even exceeded the principal sum of Rs. 13.707 million. Moreover, even this loss could have been greater had it not been pointed out by the audit, he added.

The president said the forgotten money was deposited in a Special Savings Certificate (SSC) on 23-07-1999 to 23-07-2014. During this time the government policy for SSC was for automatic rollover every three years that did not require investor’s prompting, he mentioned.

He further observed that after 23-03-2014 when automatic rollover of investment stopped, there was not a single individual in the Ministry of Education who cared about that money and the ministry let the entire amount remain idle without earning any profit.

The president termed the act of the Ministry of Education for non-utilization of principal amount and profit thereof which had increased to Rs. 54,265,500 shameful as the money that was supposed to be used for the purchase of papers to make the school textbooks cheaper, was parked in an investment scheme without any utilisation it was intended to.

Later when in 2020, the government ordered that all funds of the ministries lying in different banks be deposited in the national treasury the audit revealed the gross negligence of keeping the German grant in the non-profit account.However, when the Ministry withdrew the money in response to audit objection, the matter of deduction of Zakat and withholding tax came to surface.

The president deplored the Ministry of Education on mainly two accounts;  one that the said ministry did not bother, did not care, and totally forgot about a foreign grant given for the purchase of paper for cheaper textbooks 30 years ago and secondly, due to the criminal negligence the people of Pakistan were deprived of Rs. 36,357,051 as profit that could have been earned if the money was properly invested.

He observed that the Ministry of Education also failed to obtain the Income Tax and Zakat deduction exemption certificates to claim exemption from deduction of withholding tax and Zakat which as per policy in vogue was admissible to the ministry.

As a result, the CDNS deducted both Withholding Tax & Zakat on account of non-furnishing of exemption certificates which again reflected poorly on the Ministry of Education’s ability to handle government investment prudently and efficiently.

The president exonerated the CDNS on account of acting in good faith and on deduction of both withholding tax and Zakat due to want of exemption certificates.