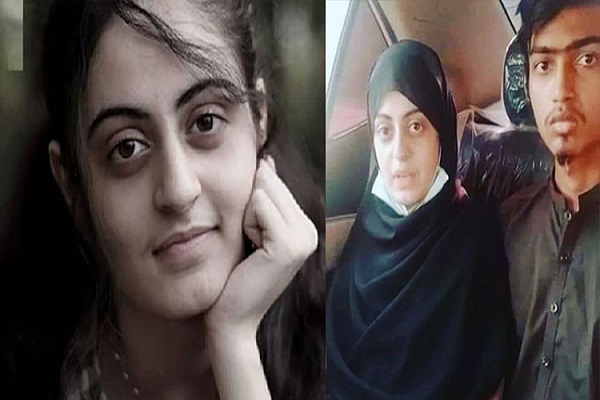 On Monday, Dua Zehra appeared before the Sindh High Court, SHC accepted the marriage of Dua Zehra and declared Zaheer Ahmad as her husband.

Dua Zehra recorded her statement saying that she was not kidnapeed. Rather she contracted Nikah with Zaheer Ahmad of her free will. She said she was an adult, 18-year-old and had attained the legal age to contract marriage.

After hearing Dua’s statement, the court accepted her union with Zaheer and pronounced that Dua Zehra’s kidnapping case had been disposed of.

Dua Zehra requested the court that she wanted to go with her husband Zaheer. She refused to meet her parents.

However, Dua’s mother begged to meet her daughter. On this, the court stated that there was nothing he could do because the girl refused to meet with her mother. However, he later stated that if parents wanted to meet Dua, they could.

Emotional scenes could be seen in court when Dua’s mother started calling her daughter’s name but Dua ignored her.

The petitioner’s counsel asked the court to conduct a medical examination on Dua to determine her true age.

However, the Sindh advocate general objected, claiming that nothing of this sort was written in the law.

However, the court ordered a medical check on Dua to determine her age.

The Sindh AG maintained that it was not his province’s matter, but rather a case of Punjab. He claimed that the girl admitted to him that she left the house of her own free will.

The judge was perplexed as to how the police recorded Dua’s age as ten years old.

The judge requested that Dua Zehra be moved to the shelter room. He also prevented the arrest of Zaheer.