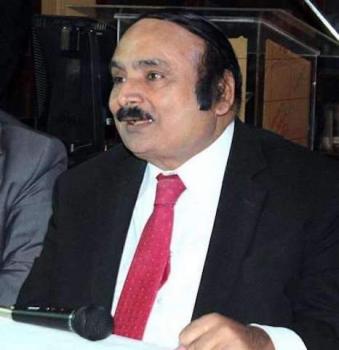 ISLAMABAD: Pakistan Muslim League-Nawaz (PML-N) Senator Rana Maqbool Ahmed Monday criticized that the country was facing an economic crisis due to ineffective policies of the previous government of Pakistan Tehreek-e-Insaf and ex-prime minister Imran Khan’s lies based narratives only means to deceive the general public.

Talking to the PTV news channel, he said that Pakistan Tehreek-e-Insaf had lost its credibility and PTI’s popularity among the masses rapidly declined due to its lies and propaganda against the country.

PTI leadership used ‘Toshakana gifts’ for its business and the public now knows this reality, he said, adding, that Khan lied to the masses about providing 10 million jobs and five million houses.

He further slammed Khan for his “poor performance on all fronts”, accusing former prime minister Imran Khan of working on some foreign agenda by spreading anarchy.

The Riyasat-e-Madina was founded on principles of good conduct but on the other hand, Khan’s politics was based on propaganda as everyone promise he made to the masses was a lie, he mentioned.

Replying to a question, he made it clear that the present government under the leadership of Prime Minister Shehbaz Sharif will not allow anyone to make state institutions controversial for one person.