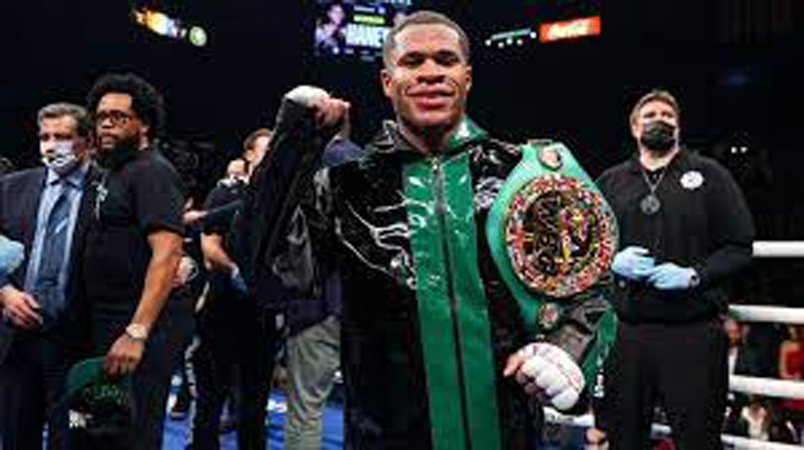 MELBOURNE: Undefeated American Devin Haney became boxing’s first undisputed lightweight champion in 32 years with a unanimous points victory over George Kambosos. WBC title holder Haney defended his belt for a fifth time and took Australian Kambosos’ WBA (Super), IBF and WBO titles in Melbourne. Haney is the first undisputed lightweight champion since Pernell Whitaker in 1990 and the first in the four-belt era, which began in 2004. “This is a dream come true,” he said. All three judges scored the bout in Haney’s favour, 116-112, 116-112 and 118-110. “I was comfortable,” Haney, 23, said. “I was sticking to the gameplan. The gameplan was to go in and hit and not get hit, and I did that for the majority of the fight. “I took the last round off because I knew I was comfortably ahead, but I fought a good, smart fight.” For Kambosos, 28, it was his first professional defeat in 21 bouts since his debut in 2013.

“I want to take the best test, the hardest test and I’m going to give him full respect for his victory and let him have his time,” said Kambosos. “We’ll do it again. I have to implement a few things but I thought the fight was very close.” Haney is the eighth male boxer to hold all four belts, WBC, WBA, IBF and WBO, at the same time following Bernard Hopkins (middleweight), Jermain Taylor (middleweight), Terence Crawford (light-welterweight), Oleksandr Usyk (cruiserweight), Josh Taylor (light-welterweight), Saul ‘Canelo’ Alvarez (super-middleweight) and Jermell Charlo (light-middleweight).