Priyanka Chopra has a sweet surprise for husband Nick Jonas before concert, roots for him to ‘crush it’ 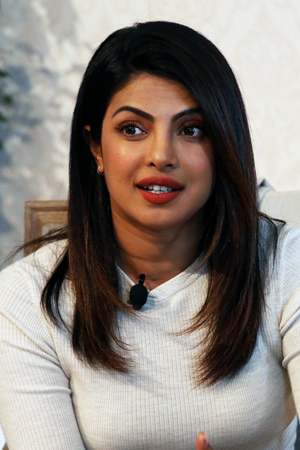 Priyanka Chopra surprised her husband, musician Nick Jonas in Las Vegas where he is about to kick off a series of concerts. The surprise had a sweet romantic note with balloons and a bottle of champagne. The note read, “Vegas residency baby, crush it. Wish I could be there. Love, Pri.”

Nick shared a video of the surprise on his Instagram stories. In another story, he shared a mirror selfie and wrote, “Night one. Vegas.”

Priyanka shared on her story, “Your biggest fan. I love you jaan! Crush it! @nikjonas Who is gonna be in Vegas tonight?”

Priyanka and Nick became proud parents of a baby girl through surrogacy in January 2022. Their daughter, Malti Marie, was born prematurely and had to be kept in NICU (Neonatal Intensive Care Unit) for 100 days under observation.

Priyanka is currently looking forward to the release of It’s All Coming Back to Me, her first starring role in a Hollywood film. She recently wrapped the shoot for her Amazon series Citadel, a much-anticipated global TV series that comes from the Russo Brothers, the directors of MCU movies like Avengers: Infinity War, Avengers: Endgame.

She also signed up for an adaptation of Shilpi Somaya Gowda’s novel The Secret Daughter, in which she will co-star with Sienna Miller with Anthony Chen directing. In Hindi cinema, she is set to star alongside Alia Bhatt and Katrina Kaif in Farhan Akhtar’s Jee Le Zaraa.