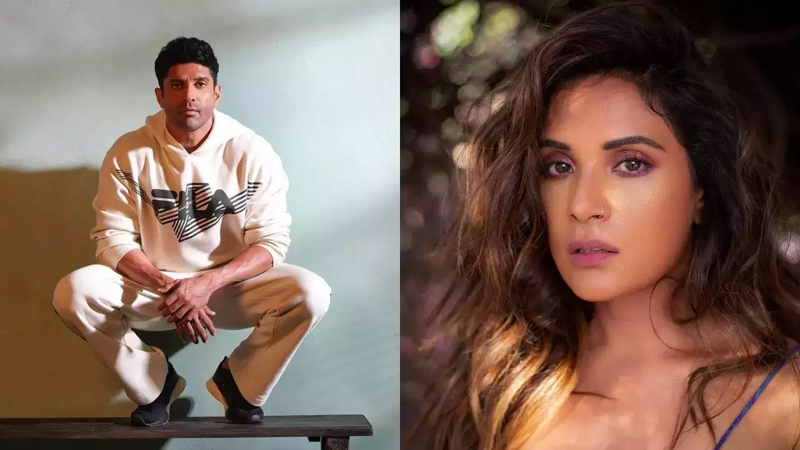 Farhan Akhtar and Richa Chadha recently took to their respective social media handles to condemn two controversial advertisements for a deodorant brand, which have come under the scanner for allegedly promoting rape culture. Calling the ad ‘shameful’, Farhan tweeted, “What incredibly tasteless and twisted minds it must take to think up, approve and create these stinking body spray ‘gang rape’ innuendo ads..!! Shameful.” Richa too called out the agency and said that the brand should be ‘sued’. She wrote on Twitter, “This ad is not an accident. To make an ad, a brand goes through several layers of decision making. Creatives, script, agency, client, casting… DOES EVERYONE THINK RAPE IS A JOKE? Revelatory! This brand, the agency that made this ad need to be sued for the filth they’re serving.”

In one of the ads, four men are seen barging into a couple’s room. One of them say, “Hey bro, it seems you have taken a shot. Now, it’s our turn.” He then reaches out and picks up a deodorant bottle placed on the dressing table next to the couple’s bed. As soon as he grabs the deo bottle, the woman in the ad expresses relief.

The ad has created an outrage as it seemed that the word ‘shot’ was used as an euphemism for taking a shot at the woman.

In another video, four men spot a woman at a supermarket. One of the boys then says, “Hum chaar aur ye ek. Toh shot kaun lega (Four of us, and she’s alone. Who’ll take a shot)?” The woman heaves a sigh of relief when she notices that they are talking about deodorant.

Earlier, Delhi Commission for Women chairperson Swati Maliwal also condemned the ads and tweeted, “What a pathetic advertisement! What are these guys trying to promote, gang-rape? I am issuing notice to Delhi Police to register an FIR against the company. Also writing a letter to Min I&B @ianuragthakur ji to immediately stop this advertisement from playing on mass media.”