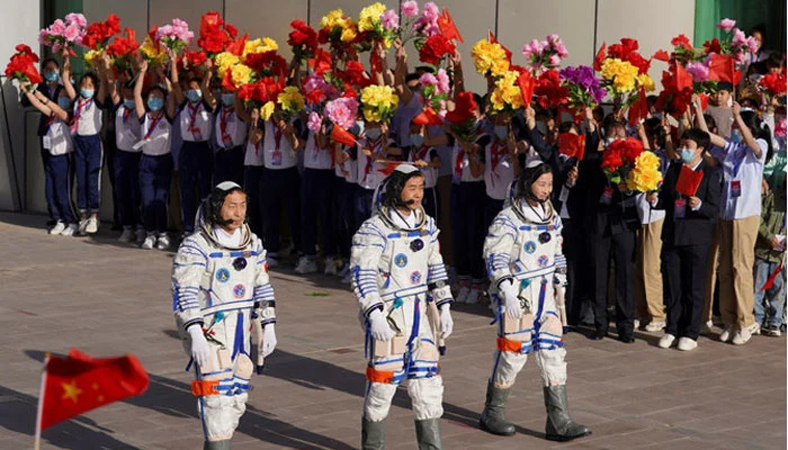 The trio blasted off in a Long March-2F rocket at 0244 GMT from the Jiuquan launch centre in northwestern China’s Gobi desert, said broadcaster CCTV.

The team is tasked with “completing in-orbit assembly and construction of the space station”, as well as “commissioning of equipment” and conducting scientific experiments, state-run CGTN said Saturday.

The spacecraft docked at the Tiangong station after about “seven hours of flight”, CCTV reported. Tiangong, which means “heavenly palace”, is expected to become fully operational by the end of the year.

China’s heavily promoted space programme has already seen the nation land a rover on Mars and send probes to the Moon. The Shenzhou-14 crew is led by air force pilot Chen Dong, 43, the three-person crew’s main challenge will be connecting the station’s two lab modules to the main body.

Dong, along with fellow pilots Liu Yang and Cai Xuzhe, will become the second crew to spend six months aboard the Tiangong after the last returned to earth in April following 183 days on the space station.

Tiangong’s core module entered orbit earlier last year and is expected to operate for at least a decade. The completed station will be similar to the Soviet Mir station that orbited Earth from the 1980s until 2001.