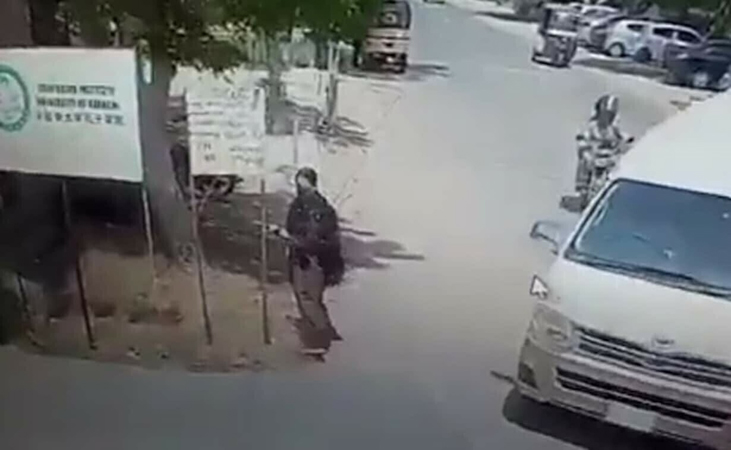 The husband of female suicide bomber – who blew herself inside the University of Karachi – has been booked in a terror financing case. On April 24, four people including three Chinese nationals were killed and three others injured in the blast outside the Confucius Institute, a Chinese language school, inside the university. The bomber, later identified as Shari Baloch, blew herself near a van transporting Chinese teachers from their hostel to the institute. On June 4, Karachi Police’s Counter Terrorism Department (CTD) filed a first information report (FIR) against Baloch’s husband Haibtan Basheer for allegedly abetting and financing the attack. According to the FIR, Basheer was a member of Majeed Brigade of banned Baloch Liberation Army’s (BLA). He was allegedly involved in the planning of the attack and arranged the finances. A case against Basheer has been registered with the CTD police station under section 11N of the Anti-terrorism Act, 1997. Section 11N states that any person who finances or provides any sort of support to carry out the attack would be sentenced to up to 10 years of imprisonment with fine. Basheer has been one the run since the attack and raids for his arrest have been in vain.