* Out of total outlay, Rs 100 billion will be utilized through public-private partnership 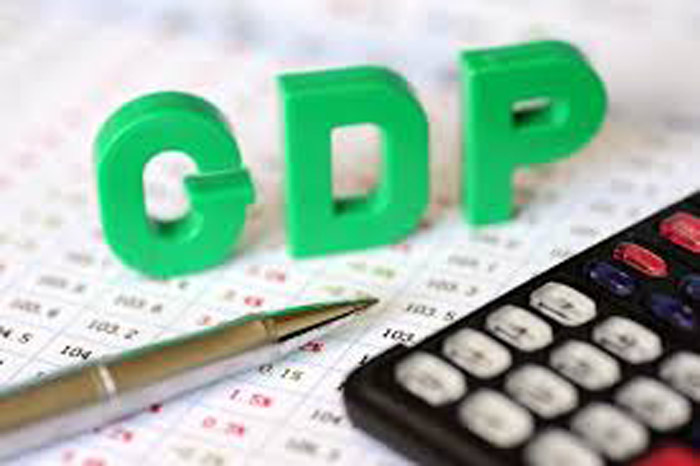 Minister for Planning, Development, and Special Initiatives Ahsan Iqbal on Saturday said the size of the federal development budget under the Public Sector Development Programme (PSDP) has been set at Rs 800 billion for the upcoming fiscal year 2022-23. He said the Gross Domestic Product (GDP) growth target for the upcoming fiscal year has been fixed at 5 while in the previous year it was 4.8 percent.

Briefing media here after chairing the meeting of the Annual Plan Coordination Committee (APCC), Ahsan Iqbal said the growth numbers in the current fiscal year were nothing to do with the targets because the target was set as per the old base year, however, the re-basing jacked up the growth to 6 percent.

Ahsan Iqbal said out of the total outlay, Rs 100 billion would be utilized through the Private Public Partnership (PPP). He said the meeting reviewed the recommendation for the development budget 2022-23 presented by various concerned stakeholders of the federal as well as provincial governments. “Under the feedback of those recommendations, we will present the proposals for the federal PSDP 2022-23 with a total outlay of Rs 800 billion to the National Economic Council (NEC) on June 07, 2022,” he added.

This year, preparing the PSDP was a very challenging task because, for the first time in 75 years, no releases were made in the last quarter of the fiscal year 2021-22 due to the non-availability of funds in the national kitty. Due to this, he said the government’s portfolio was badly affected and for the next fiscal year, the minister could manage Rs 700 billion. He said when the PML-N left the government in 2017-18, the federal PSDP size was Rs 1000 billion, however, despite a lapse of five years, the budget cut halved to only Rs 500 billion in the year 2021-22. “We were expecting that keeping in view the country’s increasing requirements, the PSDP would have increased up to Rs 2 trillion,” he added.

He said the next year’s development budget strategy had been kept prudent to make the budget as per the country’s needs. He said this year, the government was going to allocate 90 percent of funds for the ongoing schemes while new schemes would get only 10 percent of the total size. Under the vision of Prime Minister Shehbaz Sharif, he said the government was allocating funds to protect the projects of basic needs such as water, infrastructure, health, and education. He said the funds for the Diamir Bhasha Dam, and other key water reservoir projects were also being protected.

Similarly, he said, the allocation for the Higher Education projects was not only protected but the allocation was being increased the higher education projects. Likewise, he said in the infrastructure sector, roads, railways, and port and shipping projects were also being protected. Ahsan Iqbal informed that the government was also protecting allocations for the projects of information technology and science and technology sectors. He further informed that the government was going to resume the laptop schemes for the university students along with a loan scheme to purchase the laptops because the government wanted that 100 percent of university students should have the laptops because this had become the basic need for the students.

The minister added that under the federal PSDP 2022-23, the government was providing a big share of the total volume to the Balochistan province and would complete the ongoing schemes in the province as soon as possible. He said that in the upcoming development budget a project to construct 250 mini sports stadiums had also been included and these stadiums would be constructed in collaboration with the provinces.

To fast-track China Pakistan Economic Corridor (CPEC), he said we have increased the allocation for the projects under CPEC, especially in Gwadar. For merged areas of FATA, he said the government had proposed an allocation of Rs 50 billion.

Similarly, the proposed outlay for Science & IT is Rs 25 billion. Similarly, proposed outlay for production sectors (industries, Food & Agriculture) is Rs 18 billion, whereas Rs 90 billion have been earmarked to make Viability Gap Funding to encourage private sector investment in infrastructure.