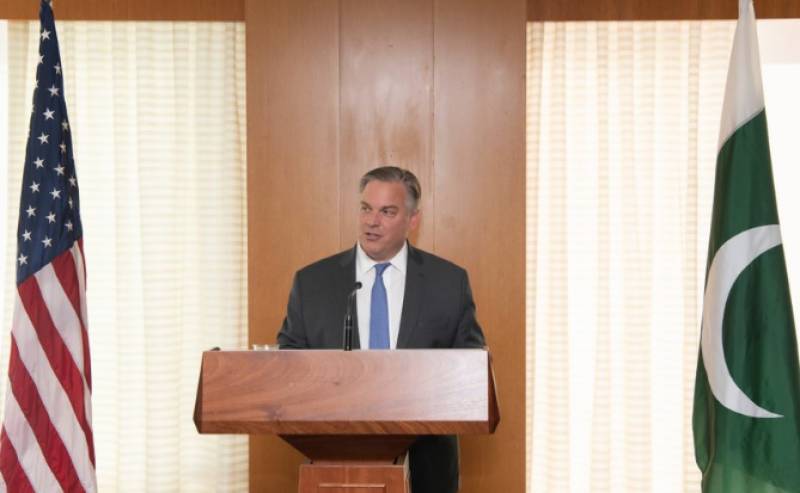 ISLAMABAD: United States (U.S) Ambassador to Pakistan Donald Blome on Saturday said that Pakistan and U.S have a long-standing partnership and rich history of relations.

According to a video message issued by Ambassador Donald Blome on Twitter, he said: “We are proud of our long-standing partnership with Pakistan. Our relationship began 75 years ago, very shortly after Pakistan gained its independence”.

He said, “We live today in a world full of challenges. We can address those challenges most effectively by working together, side by side”.

Ambassador further stated “he looks forward to deepening the connections between the Pakistani and American people, which have a rich history, and an even brighter future.”

He also expressed his interest in exploring Pakistan, from Karachi to Lahore, Peshawar to Gilgit-Baltistan, and all places in between.

He had his first encounter with Pakistan’s historic jingle trucks and learned about the art and the artists who have made this a distinct and characteristic art form in Pakistan.